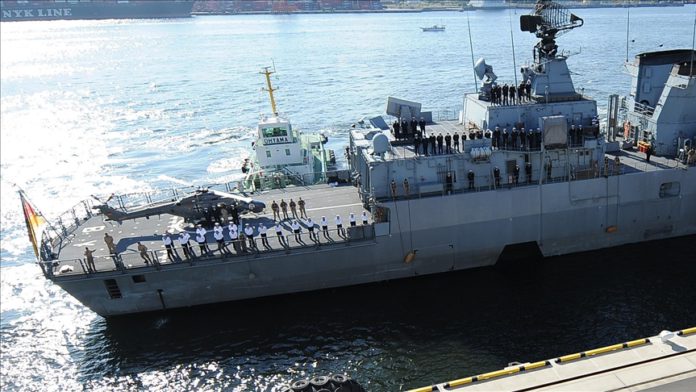 Germany’s navy chief has sparked international controversy after he said Russian President Vladimir Putin deserves respect and he has apparently no intention of invading Ukraine.

Remarks by Vice Admiral Kai-Achim Schoenbach, which he made during a think-tank meeting in India, drew sharp criticism from Ukraine on Saturday, and Kyiv asked the German government to publicly refute his comments.

During his lecture at the IDSA think-tank in Delhi, the German navy chief played down the risk of a Russian invasion of Ukraine, despite stark warnings in recent weeks from the US and other NATO allies.

“Is Russia really interested in to have a small, tiny strip of Ukraine soil? To integrate into the country? No, this is nonsense,” Schoenbach said, adding that Putin’s aim has been to create divisions among European countries, and he wants Western nations treat Russia with respect.

“What he really wants is respect. He wants respect on high-level. And my God, giving some respect is low cost, even no cost. So if I was asked, it is easy to give him the respect he really demands and probably also deserves,” he said.

Calling Russia an important nation, the German navy commander called for building good ties with Moscow, arguing that its support is needed to counter China.

“Even we, India, Germany, need Russia, because we need Russia against China,” he said.

Schoenbach also claimed that Ukraine would never regain Crimea, which was illegally annexed by Russia in 2014.

“The Crimean Peninsula is gone, it will never come back, this is a fact,” he said.

The German Defense Ministry distanced itself from the navy chief’s comments, and said in a statement on Saturday that these remarks do not in any way correspond to the position of the ministry.

Schoenbach also said on Twitter that he shared his personal opinions during the think-tank discussion, and they do not reflect the official positions of the government.

“There is nothing to quibble about it, that was a clear mistake,” he said.