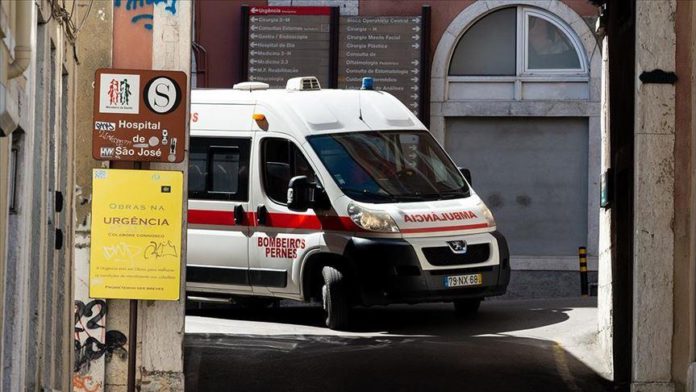 A German military plane carrying 26 healthcare workers, 50 ventilators and other medical equipment touched down in Portugal on Wednesday to help the country deal with its devastating COVID-19 situation.

The German medical team, specializing in critical care, will look after a new eight-bed intensive care unit in a private hospital in Lisbon.

“Eight beds may not sound like a lot, but it is for a health system under significant pressure,” Portuguese Health Minister Marta Temido told reporters, thanking the German government for its assistance.

Portugal’s hospitals, particularly in the Lisbon area, have been under massive pressure for weeks, after the Christmas holidays coincided with a surge of the more contagious UK variant of the coronavirus.

Last week, Temido said the UK variant was behind almost 50% of infections in Portugal’s capital region.

Lisbon’s hospitals have reported oxygen shortages and long lines of ambulances waiting to drop off patients. Some major hospitals have set up triage centers outside as there is no room for everyone seeking care.

At the moment, around one out of every 62 Portuguese residents — 164,513 people — are dealing with an active infection, according to Health Ministry data.

The number is declining, though new infections remain high on a per-capita level, with more than 9,000 new cases reported Wednesday.

After nearly three weeks of lockdown, infections have come down from last week’s peak of more than 16,000 daily cases.

On Wednesday, 25 more COVID-19 patients entered the country’s ICUs than left, bringing the total number of critical patients to 877 and hospitals under even more stress.

The Portuguese island of Madeira said Wednesday it would take in three more ICU patients, while Austrian officials have reportedly offered to treat between 10 to 15 of Portugal’s critical patients.

Another 240 patients also died of the infectious disease in the last 24 hours.