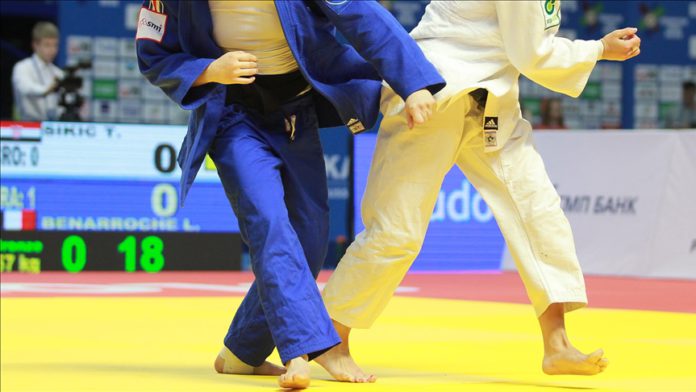 Video of the German judo coach shaking and slapping a member of the country’s team at the Tokyo Games drew criticism on social media and a scolding from judo’s governing body.

Cameras captured coach Claudiu Pusa on the competition sidelines grabbing Martyna Trajdos by her robe before roughly shaking her and then slapping her face, in what the judoka later called an effort to “fire her up.”

But Trajdos lost to Hungarian Szofi Ozbas in the Tokyo 2020 women’s judo 63kg elimination round of 32 on Tuesday.

On their website, the International Judo Federation (IJF) scolded Pusa, saying judo is an educational sport and as such cannot tolerate such behavior, which goes against the sport’s moral code.

Writing later on Instagram, Trajdos seemed to pour fuel on the flames, saying of the viral video exchange: “Looks like this was not hard enough.”

Later still she signaled regret for her characterization, adding: “As I already said that’s the ritual which I chose pre competition! My coach is just doing what I want him to do to fire me up!”