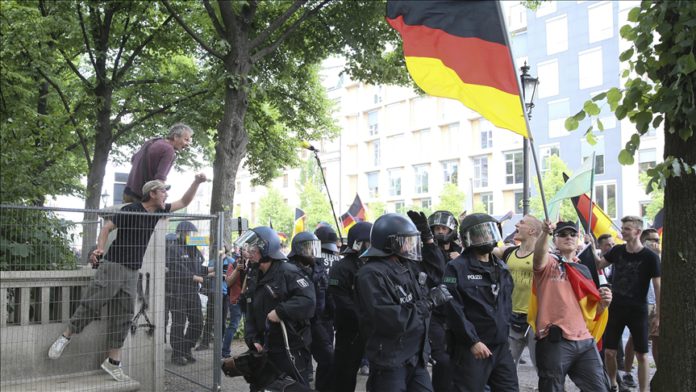 Authorities have reached the conclusion that there was sufficient evidence to designate the AfD as a “suspected case” of pursuing anti-democratic and unconstitutional goals, the report said, citing official sources.

The designation enables the domestic spy agency BfV to use intelligence service methods, such as recruiting informants, to monitor suspicious activities of the party’s federal and local branches and their possible links to outlawed extremist groups.

The far-right AfD gained popularity during the refugee crisis in 2015 and entered the parliament for the first time in 2017, taking more than 12% of the vote.

Leading members of the party have sparked controversy over past years with anti-immigrant, anti-Semitic and Islamophobic comments.

Critics accuse the AfD of fueling xenophobia and anti-Muslim racism in Germany, which led to a rise in extremist violence.

Ahead of national elections in September, the AfD is currently polling at around 10%.