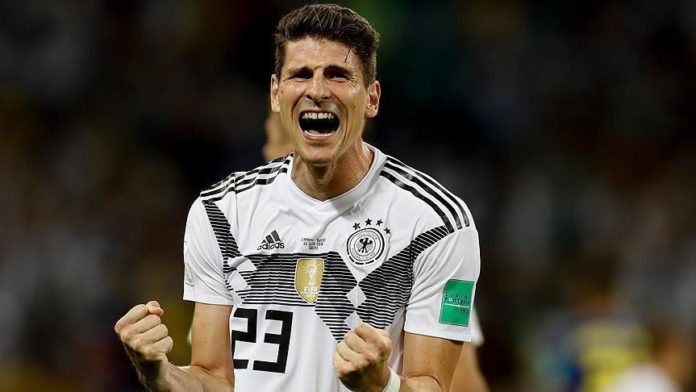 German footballer Mario Gomez retired after his last match for Stuttgart on Sunday.

“DANKE!!! THANK YOU @Mario_Gomez,” German football club Stuttgart said on Twitter with a photo of him leaving the pitch.

Gomez, who scored 110 goals for the German side, also netted in his last match against Darmstadt.

Stuttgart lost to Darmstadt 3-1 at home but was promoted to the top-tier division, Bundesliga.

“Thank you for all the beautiful things that you added to football and Besiktas,” the Istanbul club tweeted, and paid tribute to him for his contributions.

Besides the Black Eagles and Die Schwaben, Gomez also played for Germany’s Bayern Munich and Wolfsburg, and Italy’s Fiorentina.

He was with Die Bayern when they won the 2013 UEFA Champions League.