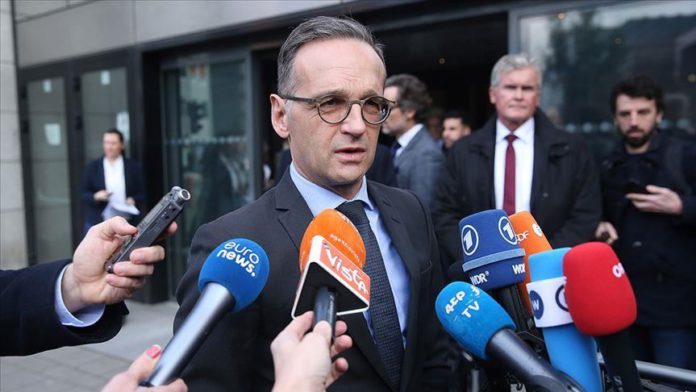 Maas will also attend the funeral of a German diplomat, who died in a massive blast that rocked the Beirut port on August 4.

According to Lebanese media, the top German diplomat will not meet any Lebanese officials except President Michel Aoun during his visit.

Ahead of his arrival in Beirut, Maas underlined the importance to carry out reforms in Lebanon as demanded by the international community.

He said aid pledged during Sunday’s donor conference for Lebanon will not be given to the Lebanese government, but will be directly delivered to the affected people through UN agencies.

A powerful explosion rocked Beirut port on Aug. 4 after a neglected stockpile of 2,750 tons of ammonium nitrate stored in a warehouse ignited, killing at least 171 people, injuring 6,000 others and leaving approximately 300,000 people homeless.

The blast also took place at a time when Lebanon was already dealing with a severe financial crisis, and the coronavirus pandemic.