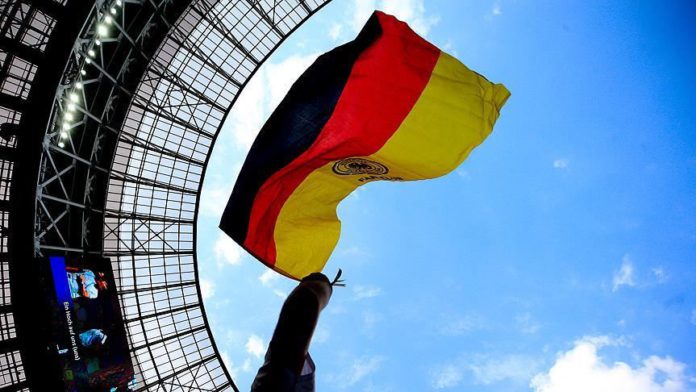 While sports leagues across the world restart play without fans, football clubs are seeking ways to create a more attractive match day atmosphere in stadiums, strangely empty due to continued coronavirus concerns.

One fan of German Bundesliga club Borussia Monchengladbach pioneered the idea of placing thousands of cardboard cutouts with the photos of supporters to fill the stands of over 54,000 seats at Borussia-Park.

The fan, Ingo Muller, spearheaded the unique idea to show his support for the team while being unable to attend matches in person, his usual practice.

Speaking to Anadolu Agency, Muller told how the idea came up, was developed, and was accepted by his favorite club and other clubs besides.

“During the self-isolation days in March, I was in Berlin and very unhappy about the fact that I couldn’t go to the stadium because the games were suspended due to the virus,” he related.

“I was sitting in the kitchen and drinking coffee with my wife. I was upset thinking that if Bundesliga continued, the matches would take place without supporters. Then my wife said well, listen Ingo, you can take your photo then put it on the seat of the stadium somehow.”

Her suggestion got him thinking for an hour or two, he said, adding that since he’s a professional filmmaker, it was easy to visualize, and he developed a smartphone app.

“Since I worked for the club in the past, I have all the phone numbers of the officials,” he explained. “Then I contacted the club officials and they said, well, we trust you if it works for you. The stadium is yours.”

After getting this green light from Borussia Monchengladbach, Muller dove into the project.

Using his custom app, the club’s fans uploaded their pictures, after which they were converted into cardboard cutouts to sit in the stands.

After the club announced that the fans would have the opportunity to seat cardboard cutouts of themselves, thousands of supporters rushed to upload their photos.

Following the resumption of Bundesliga, Borussia Monchengladbach’s first home match against Bayer Leverkusen on May 23 featured more than 12,000 cardboard cutouts of the supporters arrayed across the stands.

Muller said he was surprised by the fans’ larger-than-expected interest in the project.

“Initially, we expected to have somewhat 500, maybe 2,000 applications for the cardboard cutouts. And now we’re looking at thousands of orders.

Around 15,000 cardboard cutouts featured in the stands in Borussia Monchengladbach’s last home match on May 31, when the club scored a comfortable 4-1 win over Union Berlin.

This project also aims to assist people in need, with a portion of the proceeds used to help people who lost their jobs due to coronavirus.

“Two things are important in this project,” Muller explained.

“First, we’re not making any profit. So each cardboard [picture] costs €19 [$21] and almost half of the cost is being donated for a good cause. So that’s why so many people are involved. We have the production costs of around €10, and then the rest is being given away for a good cause.

“And the other thing is all the supporters, no matter whether they are in Turkey, Italy, England, or Germany, everybody is against matches without the public. We want fans to be in the stadium. Otherwise, it doesn’t make sense to us.

“It’s pretty that the cardboards with faces will be there in the stadium. But they’re silent. They can’t say a single word.”

After he spearheaded the project for his own club, Muller said, other German clubs reached out to see how they could do the same.

“There are a few clubs, including English and Spanish teams, that approached us to get more information on it.

“Even in the US, there are a couple of clubs that are looking into it and they’re really interested in copying this idea.”

Football clubs from numerous countries – including Istanbul powerhouses Galatasaray, Fenerbahce, and Besiktas – recently announced that they started campaigns for their supporters to place cardboard cutout photos in the stadiums.

Muller, 51, works as a filmmaker, and is a longtime loyal fan of Borussia Monchengladbach. He used to watch the matches in the stadiums, including the away games, before the stadiums were closed to fans due to the virus.

And while he is glad to have allowed the fans to put their pictures into stadiums, he looks forward to thousands of real flesh-and-blood fans taking their place.

Decline in health care visits in Somalia amid COVID-19