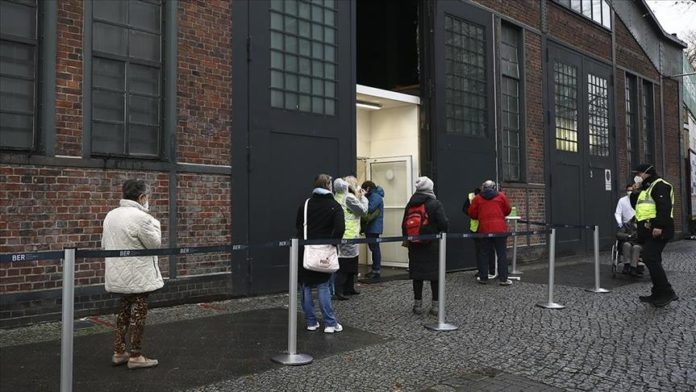 Germany’s top intensive care expert has urged the government to extend the country’s current lockdown for at least another three weeks amid growing fears over coronavirus mutations.

“Otherwise it would be very difficult or even impossible to control the third wave,” Gernot Marx, president of the Interdisciplinary Association for Intensive Care and Emergency Medicine (DIVI), has told NTV news channel on Monday.

Germany has been under hard lockdown since November, and Chancellor Angela Merkel’s government is under growing pressure from business groups to ease restrictions this month.

However, DIVI warned against a hasty decision on re-opening, saying relaxing measures could overburden the health system in the coming weeks due to the more contagious and dangerous mutations of the virus.

According to DIVI’s projection, in the worst-case scenario, the number of COVID-19 patients in intensive care units (ICUs) could reach 25,000 in mid-May, from the current number of 2,840.

During the peak of the second wave in December, nearly 6,000 ICU beds were filled with severely ill COVID-19 patients.

Merkel is set to hold a video conference on Wednesday with the premiers of federal states to discuss the current situation, and decide whether or not to extend strict lockdown measures beyond the March 7 deadline.

Germany has managed to bring down its daily coronavirus case count below 12,000 in the last two weeks, but the death toll remains high, according to figures released by the Robert Koch Institute.

The more contagious UK variant of the virus represents more than 22% of new infections in the country, according to the institute.

Germany currently has the fifth-highest tally of infections in Western Europe, behind the UK, France, Spain, and Italy.

The national total stands at more than 2.4 million cases with at least 70,105 deaths.