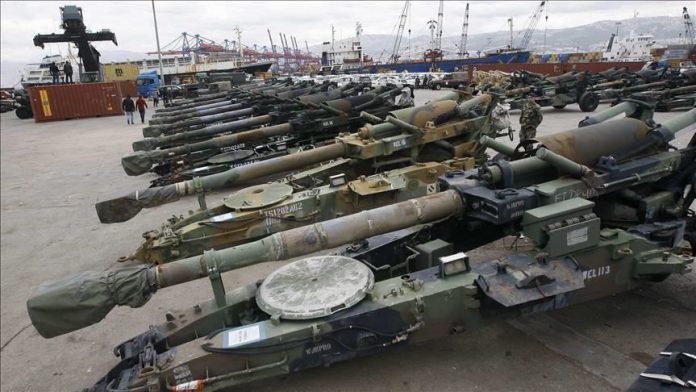 Germany’s Catholic and Protestant churches on Tuesday lambasted the government for its weapons exports to Saudi Arabia, the United Arab Emirates (U.A.E.) and Egypt.

Presenting the annual arms export report in Berlin, Simone Wisotzki of the the Joint Church and Development Conference (GKKE) said: “Algeria ranks first as the recipient country among the problematic third countries [non-EU and non-NATO] in 2018, in fourth place is Saudi Arabia.

“In the first half of 2019, Egypt takes a top position as a buyer of German arms exports among the third countries. Germany is cooperating with the military regime of President Abdel