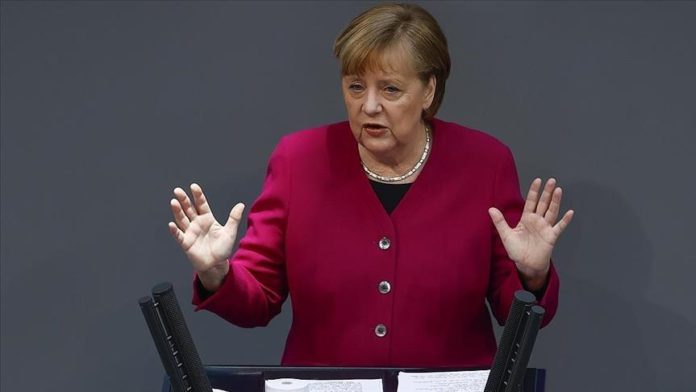 “The relationship between Russia and the European Union is really not good at the moment. But we also spoke to each other during the Cold War,” said Merkel in a video conference with French Prime Minister Jean Castex.

“So I think not speaking isn’t suited to solving the problems,” she added.

Merkel’s plan for an EU-Russia summit meeting has been dismissed by East European member states, who back a more hard-line approach towards Russian President Vladimir Putin.

Merkel stressed that a summit with Putin would of course require intensive preparation.

She reiterated that it should address all the questions that are of concern to the EU as well as those on which Europe also wants to cooperate.

On the issues of Russian cyberattacks as well as Ukraine and Belarus, Merkel said: “I think it is better to confront the Russian president with these things.”

The Franco-German initiative came in the wake of a recent meeting in Geneva between Putin and US President Joe Biden.

But EU leaders failed to reach an agreement on such a summit. In a statement, they stated that “they will explore format and conditionalities of dialogue with Russia” but did not mention a summit.