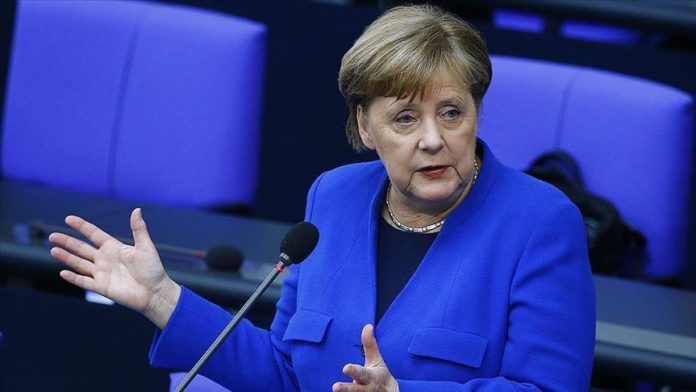 German Chancellor Angela Merkel opposes American plans to pull out thousands of troops from Germany, a deputy government spokeswoman said at a routine weekly press briefing in Berlin on Monday.

Ulrike Demmer added they have often said it is “important and good” to have US soldiers stationed in Germany.

Last week, US Secretary of Defense Mark Esper announced plans to pull out nearly 12,000 soldiers based in Germany.

As part of the plan, the US will bring about 6,400 forces home and relocate about 5,400 to other countries in Europe.

Reacting to Esper’s decision, the German government coordinator for transatlantic relations Peter Beyer criticized American plans, saying it made “no sense geopolitically for the US.”

Talking to German press agency dpa, Beyer also said the plan to reduce almost 35,000 soldiers to 25,000 is “not in Germany’s or NATO’s security interests.”

Beyer expressed hope that US President Donald Trump’s plan to withdraw US troops from Germany would ultimately fail.

“There are many opponents in Washington, not only among the Democrats, but also among the Republicans and in the Pentagon. It’s possible that these plans may yet fail,” Beyer said.

Beyer’s remarks were partially echoed by Norbert Roettgenthe, the chairman of the foreign affairs committee of the German Parliament, who tweeted: “In withdrawing 12,000 soldiers from Germany, the USA achieve the exact opposite from what Esper outlined. Instead of strengthening NATO it is going to weaken the alliance.”

He added: “The US military clout will not increase but decrease in relation to Russia and the Near & Middle East.”

Trump had repeatedly threatened to pull out troops from Germany over the country’s reluctance to drastically step up its military spending.

He had time and again singled out Merkel for not meeting NATO’s 2% GDP spending goal.

According to NATO, Germany spends currently 1.38% of its GDP on the military.