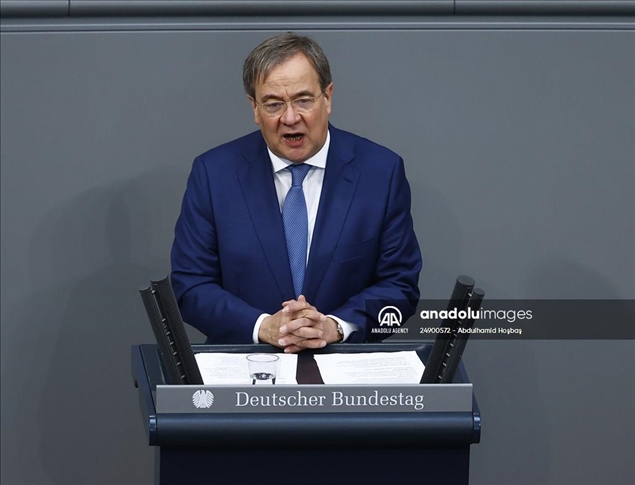 German chancellor candidate, Armin Laschet, apologized Saturday for laughing during a visit to a flood-hit region amid growing social-media criticism.

A widely shared video showed Laschet joking with colleagues and laughing while President Frank-Walter Steinmeier was holding a news conference, expressing solidarity and sympathy to victims.

Laschet apologized in a tweet and thanked Steinmeier for his visit and support for residents.

“I regret the impression that was created during a conversation. This was inappropriate and I am sorry,” he said.

Germany’s worst floods in more than 200 years have claimed more than 140 lives and caused widespread devastation in the western state of North Rhine-Westphalia.

Laschet, who has been the premier of North Rhine-Westphalia since 2017, is also the front-runner in the race to succeed Angela Merkel as chancellor in national elections in September.

The country’s biggest natural disaster in recent history is seen as a difficult test for the conservative politician ahead of the polls.