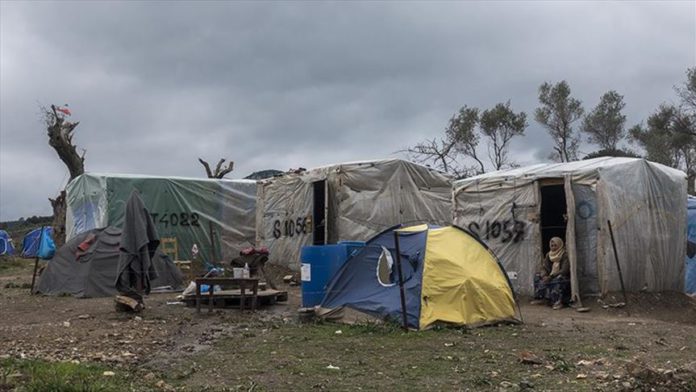 German activists Monday placed 13,000 empty chairs outside the Reichstag building in Berlin to demand the evacuation of refugees stuck in the Moria camp in the eastern Aegean island of Lesvos, Greece.

The chairs symbolized the 13,000 refugees stuck in the overcrowded Greek camp of Moria, having a capacity for just 3,000. The camp has been criticized several times for its appalling living conditions.

The refugees fleeing war-stricken countries are forced to live in tarpaulin tents or pallet huts as there are not enough tents to accommodate them.

Many refugees are forced to sleep in shared tents, neglecting the social distancing measures. There is no electricity, not enough clean water and toilets in the camp with trash littered all around.

The refugees in overcrowded camps without any hygiene measures risk contracting the coronavirus, authorities have warned. Last week, a facility was placed under a 14-day quarantine after a Somali refugee tested positive for the virus.

Another 17 refugees at the camp tested positive on Tuesday after results of 1,600 tests, out of a total of 2000, were received from the National Public Health Organization, Migration and Asylum Minister Notis Mitarakis said.

Turkey eager to invest in biotech