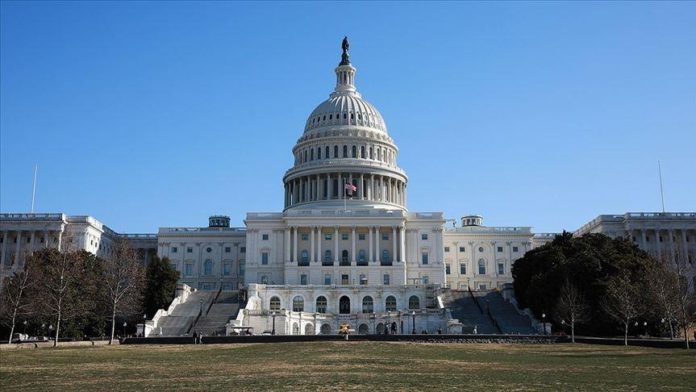 Two Democratic members of the US House on Monday asked the Federal Bureau of Investigation (FBI) to open a probe into outgoing President Donald Trump’s leaked phone call that asked an official of Georgia state to find votes for himself.

“As members of Congress and former prosecutors, we believe Donald Trump engaged in solicitation of, or conspiracy to commit, a number of election crimes,” Ted Lieu and Kathleen Rice wrote in their letter to FBI Director Christopher Wray.

“We ask you to open an immediate criminal investigation into the president,” they added.

During the one-hour phone call, Trump is heard pressuring Georgia Secretary of State Brad Raffensperger to find 11,780 votes in order to beat his Democratic opponent Joe Biden to gain victory in Georgia for the 2020 presidential election.

Raffensperger, however, responds, “Mr. President, the challenge that you have is, the data you have is wrong,” after Trump asks him to announce he has “recalculated” the vote count.

The two lawmakers said “The evidence of election fraud by Mr. Trump is now in broad daylight,” adding “Given the more than ample factual predicate, we are making a criminal referral to you to open an investigation into Mr. Trump.”

Despite Biden’s victory in Nov. 3 elections, Trump has so far refused to concede in the race, while he has spent the last two months challenging the result.

As Democratic Rep. Alexandria Ocasio-Cortez of New York said Sunday that Trump’s conduct in the phone call was “impeachable,” it reminded many of his phone call with Ukrainian President Volodymyr Zelensky in July 2019, asking him to investigate Biden and his son Hunter.

That phone call led the House to start a formal impeachment inquiry into Trump in September 2019, but the president was later acquitted by the Senate.

On Trump’s phone call about Georgia, House Judiciary Committee Chairman Jerrold Nadler said in a statement Sunday that Trump “thinks he can use his office to pressure state officials to change the outcome of the election.”

“In threatening these officials with vague ‘criminal’ consequences, and in encouraging them to ‘find’ additional votes and hire investigators who ‘want to find answers,’ the President may have also subjected himself to additional criminal liability,” he added.

Executive Director of Citizens for Responsibility and Ethics, a non-profit and non-partisan watchdog organization in Washington, said Trump’s latest phone call “is a low point in American history and unquestionably impeachable conduct.

“While the logistics of holding impeachment proceedings in the final two weeks of a presidency are admittedly hard to pull off, if this isn’t impeachable conduct, then literally nothing is,” Noah Bookbinder said in a statement.