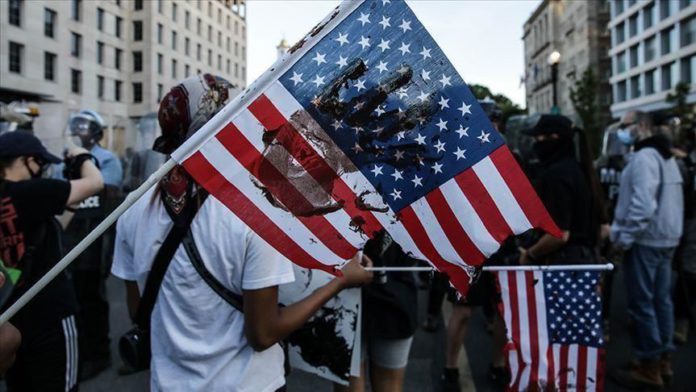 Thousands of demonstrators continued to protest Saturday the death of a black man in the US who was killed while in police custody.

Demonstrators protested against racism and police brutality in the nation’s capital of Washington D.C., as a second memorial ceremony for George Floyd was being held in the state of North Carolina.

Protesters gathered in front of the Lincoln Memorial and conducted a die-in, remaining silent for eight minutes and 46 seconds — the amount of time now former white police officer Derek Chauvin kneeled on Floyd’s neck during his deadly arrest.

Demonstrators then marched to Lafayette Park across from the White House. Mayor Muriel Bowser and health care workers marched in support of demonstrators.

“We should all be watching what’s happening in Washington D.C. because we do not want the federal government to do this to any other Americans,” Bowser said while walking with protesters.

Four officers have been fired who were involved in the arrest. Chauvin has been charged with second-degree murder. The other officers were charged with aiding and abetting.