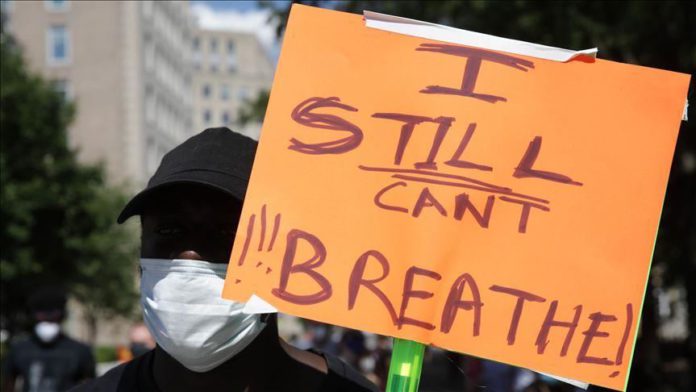 Protests continued over George Floyd’s death for a 13th consecutive day Sunday in several US cities.

With the protests mostly peaceful, curfews in New York, Chicago and Philadelphia were lifted.

Hundreds of members of the Evangelical Church also attended the protests in the capital.

In Minneapolis, where Floyd lost his life, Mayor Jacob Frey was booed by demonstrators after refusing to defund and dismantle the police department.

A statue of Confederate Gen. Williams Carter Wickham was toppled in Virginia on Saturday night.

Meanwhile, presumptive Democratic presidential nominee Joe Biden will visit Floyd’s family in Houston on Monday to offer his condolences ahead of the funeral on June 9.

The University of Houston announced that it has canceled classes Monday for those who want to attend Floyd’s memorial service.

Floyd, a 46-year-old African-American, was filmed gasping for air and pleading for breath as now-fired police officer Derek Chauvin knelt on his neck for nearly nine minutes.