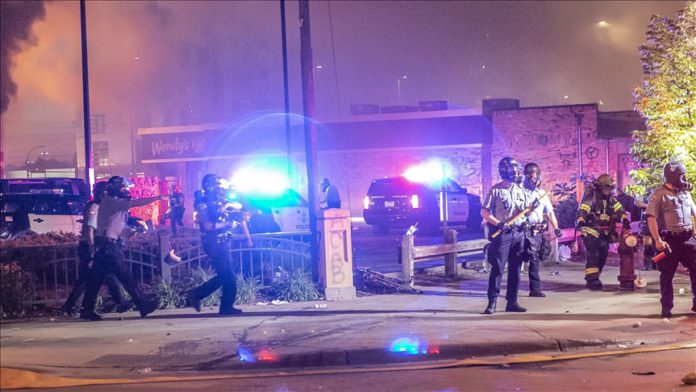 The jury selection in the Derek Chauvin murder trial, for the death of George Floyd, was put on hold Monday, almost as soon as it began.

At issue is whether to add a third charge against Chauvin, who is accused in the death of the Black man in Minneapolis city of Minnesota.

The infamous cellphone video of Chauvin, a white man, kneeling on Floyd’s neck for almost nine minutes, shocked the world in 2020, touched off world-wide protests and led to reckoning on race in America.

But the prosecution, the defense, the trial judge and an appeals court have been wrangling for months over whether Chauvin should also face a charge of third-degree murder.

That issue came to a head Monday morning and while the issue is being decided, the trial judge, Peter Cahill, indicated that jury selection can continue on Tuesday.

The prosecution wants to add an additional charge of third-degree murder, which essentially splits the difference on a penalty: about 25 years in prison.

The prosecution hopes the additional charge would give jurors more options and a better chance to secure a conviction.

Outside the courthouse on Monday, hundreds of demonstrators were beating drums and blaring music even before the court session got underway. But they also took softer approaches. Some demonstrators tossed roses from the back of a truck, quietly moving down the street, and erected a mirrored sign, with the words “How Dare You” etched in blood red.

And out here, demonstrators have made clear that nothing short of the harshest penalty, 40 years under a second-degree murder conviction, will satisfy them.

“Anyone that does something wrong deserves their (prison) time,” said a young Black man, dressed in all-black combat gear and going by the name “Dark Shadow”.

“I’ve served time, and if you do crime, you do the time.”

Inside the courthouse, Chauvin listened quietly as the jury proceedings got underway, prior to the delay. Jurors are being quizzed on myriad topics, everything from their thoughts on Black Lives Matter and Blue Lives Matter (support for police) and how much they already know about the case. They are also being asked much they want to serve on the jury. Jurors who seem too eager, as if they want to advocate for one side or the other, likely won’t make the cut.

The jury selection process is being given an unusually long time, three weeks. And assuming there are no more delays, opening statements are scheduled to begin March 29.