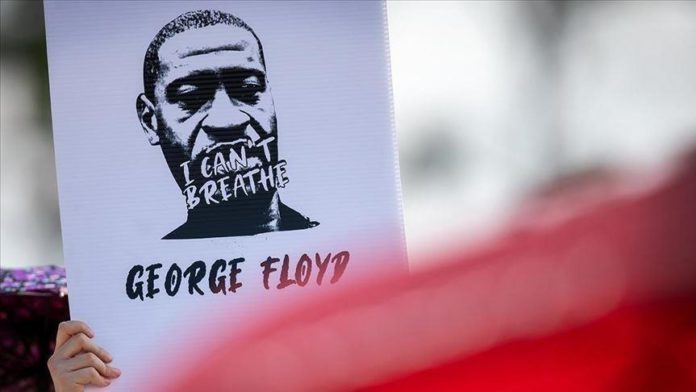 It was the moment the world had been anxiously awaiting for more than a year.

Former Minneapolis, Minnesota police officer Derek Chauvin finally stood up, ready to tell his side of the story, during his sentencing on Friday.

But for a lot of people, like the sentencing itself that would come moments later, it felt unsatisfying.

“I’d like to extend my condolences to the Floyd family,” Chauvin said in a flat, emotionless voice.

Still facing impending federal civil rights charges and not wanting to incriminate himself, Chauvin added vaguely that there would be more information eventually coming which he said would be “of interest” to the Floyd family “and I hope it will give you some peace of mind.”

And that was it. No explanation or apology from the man who kneeled on George Floyd’s neck for nine minutes, exactly 13 months ago, to the day. And kneeled, as the prosecution put it, “while the sunglasses on top of his head remained undisturbed.”

Floyd’s death under Chauvin’s knee during a routine police interaction, caught on a bystander’s cellphone video, shocked the world, triggering sometimes violent protests and unleashing a national reckoning on race in the US.

His conviction back in April on all three charges he faced, including second-degree murder, was the only outcome Minneapolis’ “George Floyd” neighborhood would have accepted. George Floyd Square, where Floyd died, erupted in the celebration that night. There was no such celebrating on Friday night.

In a video interview, Floyd’s 7-year-old daughter Gianna gave the first victim impact statement in court. She was an utterly guileless, bubbly girl who, while not realizing the enormity of the interview, spoke about how she missed playing games with her beloved father.

Next was Floyd’s brother, Terrence, who repeatedly caught his voice with heavy sighs. He said having an unarmed family member killed by a police officer makes him a part of a fraternity of families around the country, “a fraternity you don’t want to be a part of.”

And he looked at Chauvin, sitting emotionless, and asked: “What were you thinking? What was going through your head when you had your knee on my brother’s neck?”

Philonise Floyd, another of the victim’s brothers, tearfully recalled how the murder upended his life as a truck driver and turned him into an accidental advocate for social justice.

“Every day I have begged for justice to be served. I haven’t had a good night’s sleep,” he said, telling how he had to repeatedly watch his brother beg for his life on the cellphone video virtually every day of the trial.

And it all happened, Philonise said, “with a smirk on (Chauvin’s) face.” Both he and Terrence called for the maximum available punishment, 40 years in prison.

Then came an utter surprise. Derek Chauvin’s mother became the first Chauvin relative to speak publicly, addressing the court in a muted but emotional plea.

“He’s not an uncaring person,” said Carolyn Pawlenty. “My son’s identity has been reduced to that of a racist. None of those things are true. My son is a good man.”

Pawlenty claimed her son’s innocence in Floyd’s death, calling him a “thoughtful man with a big heart who always put others’ (welfare) above his own.”

Outside the courthouse, a rapt crowd of about 100 people listening on loudspeakers erupted in groans and catcalls as Pawlenty said: “Derek, my happiest moment was giving birth to you.”

The second-happiest moment, she said – without irony considering the circumstances – was 19 years ago, when she first pinned his police badge to his chest.

Later, Chauvin’s defense attorney Eric Nelson pointed out the obvious: There would probably be no one who would be satisfied with the sentencing outcome.

Nelson mentioned that Chauvin was not even scheduled to work on May 25, 2020, but agreed to anyway.

“His brain is littered with ‘what ifs’,” he said. “What if I just did not agree to go in that day?”

After a short break, Judge Peter Cahill returned with his sentence, one that he said was “not based on … emotion or sympathy.”

Outside the courthouse, hearing the sentencing announcement, the crowd was quietly stunned as people quickly did the math: 270 months in prison.

Under sentencing guidelines, Chauvin could have gotten as little as 12-and-a-half years. The prosecution had asked for at least 30.

In April she had flown in from California just to watch the trial, even though spectators were not allowed in the courtroom, and later returned for the sentencing.

“I thought they were going to give us a little bit of hope,” Dorelus said through tears, then – referring to possible probation for the convicted police officer – started sobbing: “We knew it! He’s only going to do 14 years now! He won’t even do 20!”

“I’m trying to burn the entire plantation down! The system is corrupt and this proves it. He even has white privilege in his sentencing!”

The Floyd family attorney, Benjamin Crump, tried to put a positive spin on the sentence, calling it “historic” – the longest prison sentence for a police officer in the state of Minnesota – and a step toward healing the nation.

But standing next to Crump, civil rights activist Al Sharpton, said it only “felt” like justice “because we had been disappointed so many times before. Justice … would have been George Floyd never having been killed.”

The executive director of Minnesota’s Council on American-Islamic Relations, CAIR, angrily told the crowd that the sentence was “mediocre.”

“We are NOT happy,” said Jaylani Hussein. “We ask for the federal government, in their case, to bring forth swifter justice.”

He called Minnesota, long regarded as a bastion of progressive, liberal thinking, “one of the racist states in the US.”