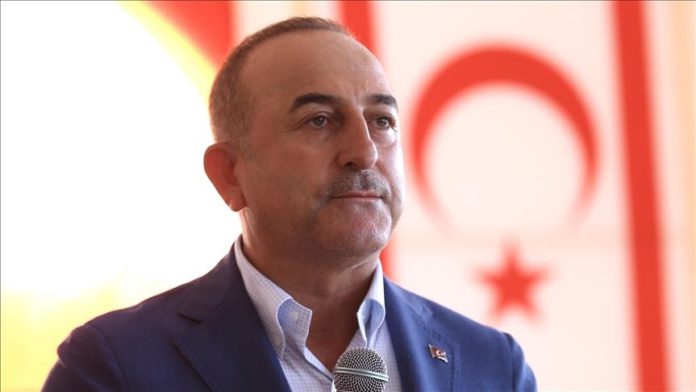 Planned to be convened in Geneva on April 27-29 by the UN Secretary-General Antonio Guterres, the unofficial meeting on the Cyprus issue is expected to discuss whether the parties can meet on a common ground for negotiations.

Following a Feb. 25 UN announcement of the location and date of the 5 + 1 informal meeting that will gather Cypriot parties and guarantor countries, eyes turned to the talks.

Whether there is a ground for negotiation between the parties to find a permanent solution to the Cyprus issue in the near future will be discussed at the conference planned to be held in Geneva.

Turkey and Turkish Cypriots that back a solution based on the cooperation of two states living side by side with equal rights, share the view that the UN parameters regarding Cyprus, which have been on the agenda for years, have not yielded results so far and that an agreement cannot be reached with these parameters.

Despite the insistence by Greece and the Greek Cypriot administration on a federation model which has been tried for 52 years on Cyprus but to no avail, Turkey and the Turkish Republic of Northern Cyprus (TRNC) support a “two-state solution” which is in accordance with the facts of the island.

The Turkish Cypriot side expressed on all international platforms that Turkey’s guarantor status, the presence of the Turkish military on the island, and sovereignty plus political equality are red lines for them and they will never be abandoned.

Meanwhile, Greece and the Greek Cypriot administration argue that the only solution to be discussed for Cyprus is the “federation model.”

While the Greek Cypriot side claims that the UN parameters that have not helped the solution of the issue should not change, it also maintains to insist that the Turkish side should drop their plans for the total opening of the closed Maras, also known as Varosha, and Turkish activities in the Eastern Mediterranean should be ended.

Both the TRNC and the Greek Cypriot administration welcomed the UN announcement of the location and date of the informal meeting on the Cyprus issue.

Turkey, one of the guarantor countries that will participate in the talks, will advocate the side-by-side cooperation of two states on the island and sovereign equality.

At the meeting, The Turkish Cypriots defending that “it is possible to agree on a realistic ground” will share their view supported by Turkey with the parties – it is “the new vision based on the two states’ sovereign equality and cooperation.”

The Greek Cypriot administration stated that it would participate in the meeting with full political will and strong determination to create the conditions for the resumption of negotiations to find a permanent and functional solution to the benefit of both communities.

In a statement on the conference, the Greek side shared the view that the purpose of the meeting should be to pave the way for concise contacts for the solution of the Cyprus issue.

The statement argued that “the solution should be a permanent, bi-communal, bi-zonal federation that works on the basis of UN resolutions and European law,” and it was stated that Athens would participate in the meeting constructively as a guarantor power.

The UN hopes to see a positive outcome of the meeting, which will be attended by the guarantor countries Turkey, Greece, and the UK, plus the parties to the issue.

Cavusoglu: Greek Cypriots unwilling to share anything with Turkish side

Pointing out that it is Turkey’s proposal to hold the 5 + 1 informal meeting, Turkish Foreign Minister Mevlut Cavusoglu said in a statement on Thursday that it has been negotiated for more than 50 years for a federation and different plans have emerged that were supported by Turkey and Turkish Cypriots but these plans were unsuccessful due to the Greek Cypriot administration’s reluctance.

It was due to the unwillingness of the Greek Cypriot side to share anything with the Turkish side, Cavusoglu said, adding that Turkey has always favored a fair sharing of resources in the Eastern Mediterranean, including energy.

Cavusoglu noted that they also favor a fair sharing between Greek and Turkish Cypriots and that everyone accepts this in principle, but they cannot see it in practice.

Cavusoglu also said the Greek Cypriot administration does not want to share the government or power.

“So if the negotiations for a federation fail, we must discuss what we will negotiate among ourselves first.”

“We have to decide on this matter. Let’s start the negotiations after this so that the result will be positive and not open-ended,” the foreign minister added.

“We want the negotiation to start and seek a permanent solution. This is our only desire,” he added.

“As Turkey, we suggested that and everyone agreed. A meeting will be held between April 27-29 and both Turkey and the TRNC will participate in and we will raise our views in a clear and sincere manner.”