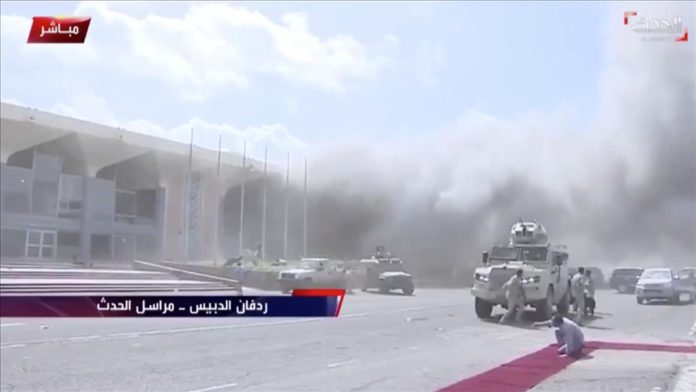 In a statement, GCC Secretary General Nayef Al-Hajraf expressed his strong condemnation of the “terrorist attack which was aimed at the security and stability of Yemen”.

Hajraf asked the international community to fulfill its responsibilities and bring the forces behind the attack to account.

Iraq also expressed its “strong condemnation” of the attack.

“We offer our condolences to Yemen and affirm the position of Iraq in rejecting terrorism in all its forms and manifestations, and Iraq’s position with the international community in confronting terrorism, and supporting all efforts aimed at eliminating extremism and violence,” Foreign Ministry Spokesman Ahmed Al-Sahaf said in a statement.

At least 26 people were killed, while more than 100 others injured in three explosions that rocked the airport in Yemen’s southern port city of Aden on Wednesday soon after the newly formed government members arrived in the temporary capital.

China eases entry for foreigners who get Chinese vaccine