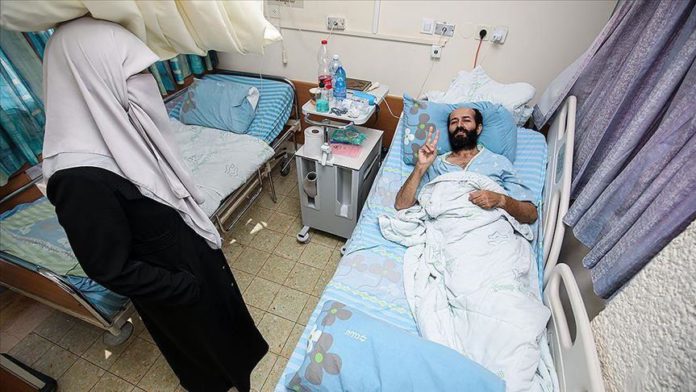 Al-Akhras has been on a hunger strike for 83 days since his arrest by Israel in late July and is “on the verge of death,” according to Israeli rights group B’Tselem.

“The only weapon al-Akhras has is his ‘empty stomach’ to prove to the Israeli occupation that the will of the Palestinians can’t be broken,” Abdel-Qader Idrisi, a member of a local prisoner committee, told the rally.

Participants waved banners demanding the release of the hunger-striking inmate.

Idris said al-Akhras’ ordeal comes at a time” when Arabs are rushing to normalize relations with Israel to cover up their crimes against the Palestinian people.”

Al-Akhras was detained on July 27 and held under Israel’s administrative detention policy, which allows it to hold Palestinians without charge.

Under Israel’s administrative detention policy, prisoners can be held more than one year without charge or trial.

About 4,400 Palestinian political detainees are languishing in Israeli jails — including 39 women and 155 children — while 350 of them are under administrative detention.