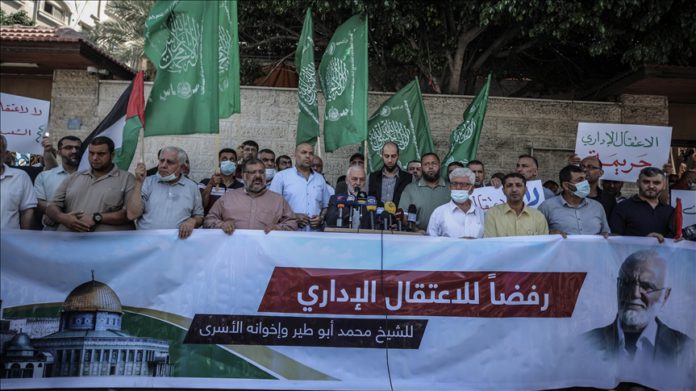 Scores of Palestinians on Monday staged a rally in the Gaza Strip to protest against Israel’s policy of administrative detention of Palestinian detainees.

The rally, organized by Palestinian group Hamas, was held in front of the International Committee for the Red Cross (ICRC)’s office in Gaza City.

He called for putting pressure on Israel to set free Palestinians held in Israeli prisons.

*Ahmed Asmar contributed to this report from Ankara;