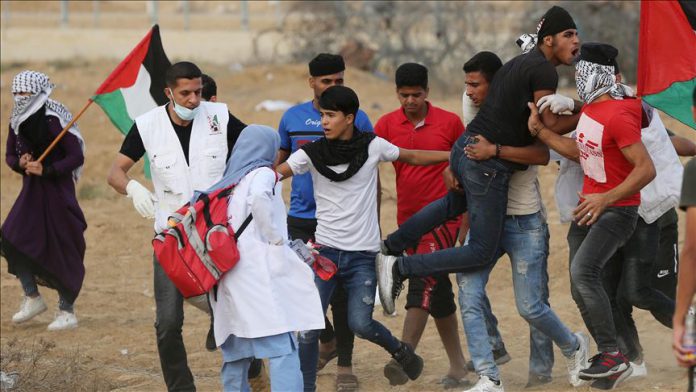 The Palestinian Health Ministry announced that 77 Palestinians were injured on Friday evening as a result of the Israeli army assault on the weekly marches in the eastern Gaza Strip.

The ministry said in a statement that 31 of the wounded were hit by live bullets.