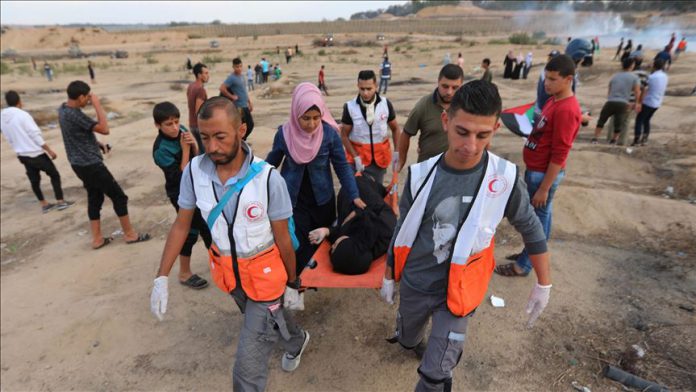 At least 59 Palestinians were injured by Israeli army during the weekly Great March of Return rallies in eastern Gaza Strip, the Palestinian Ministry of Health in Gaza said.

The Hamas-run ministry said that 34 of the wounded were injured by live ammunition, without elaborating on the rest of the cases.

Almost 270 protesters have been martyred — and thousands more wounded — by Israeli forces at the security fence areas with Gaza since the rallies began in March last year.