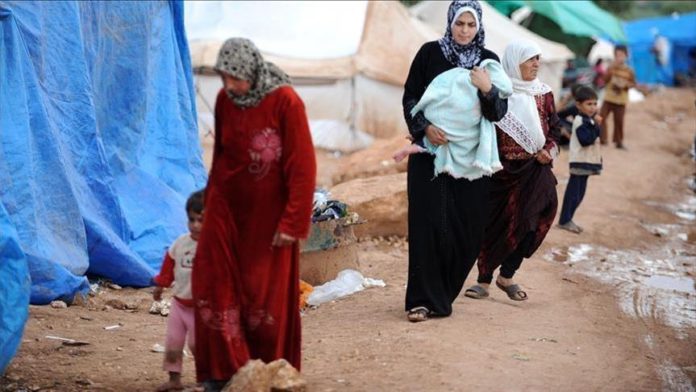 Dozens of families who fled the war in Syria to Gaza demanded on Tuesday that the UN agency for Palestinian refugees (UNRWA) repay their rental subsidies.

In a rally in front of UNRWA headquarters in Gaza, dozens of families held slogans demanding the UNRWA pay their rent because subsidies were suspended in 2018 due to funding shortfalls but will soon be restored.

Musabbeh said families are asked by their landlords to pay rent but many are in prison and are unable to pay.

He added that families are unable to leave Gaza because they do not hold Palestinian travel documents.

Since their arrival in Gaza in 2012, the UNRWA paid rental subsidies until 2018 when it suffered severe financial shortages following the administration of former US President Donald Trump’s decision to stop American support to the agency which was $360 million annually.

US Secretary of State Antony Blinken announced last week that Washington plans to restart assistance to the Palestinians, totaling $235 million with $150 million allocated to the UNRWA.