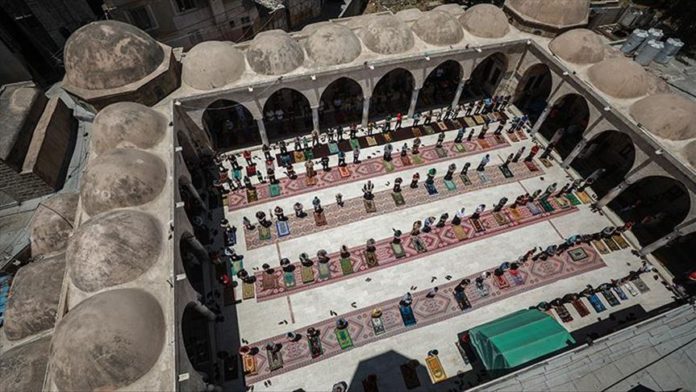 Mosques in the Gaza Strip will reopen to worshippers as of Wednesday after more than two months of closure due to the spread of coronavirus, the Ministry of Religious Affairs said on Monday.

He said any other religious activities, however, will not be allowed at mosques.

Al-Agha called on all worshippers to pursue all preventive measures at mosques, including wearing face masks, and maintaining social distancing rules to help stem the spread of the disease.

Palestinian authorities shut all mosques in the Gaza Strip late March as part of measures to combat the illness.

Health authorities confirmed over 600 virus cases in Palestine, including three deaths. Only one fatality and 54 infections were reported in the Gaza Strip.