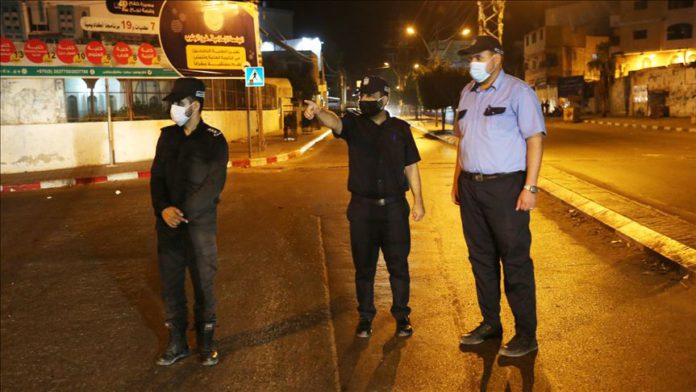 Authorities in the Gaza Strip announced a total lockdown late Monday for 48 hours after the first coronavirus cases were detected in the general population.

Salama Marouf, chairman of the government’s media office in Gaza, said the decision was made after four people from the same family tested positive for the virus who were not linked to quarantine facilities for residents returning from abroad.

“We call on all citizens not to leave their homes over the mentioned period and until further notice so as to preserve your health and the safety of the society,” Marouf said.

Marouf noted that the four infections were from al-Maghazi refugee camp in central Gaza.

“Movement in all Gaza governorates is prohibited for 48 hours, including the suspension of government work and at education institutions, the closure of mosques, wedding halls and clubs, and a ban on gatherings,” he added.

Previous infections were reported from inside quarantine centers for arrivals to Gaza.

Prior to today’s announcement, the total number of infections in Gaza stood at 109, including one death.