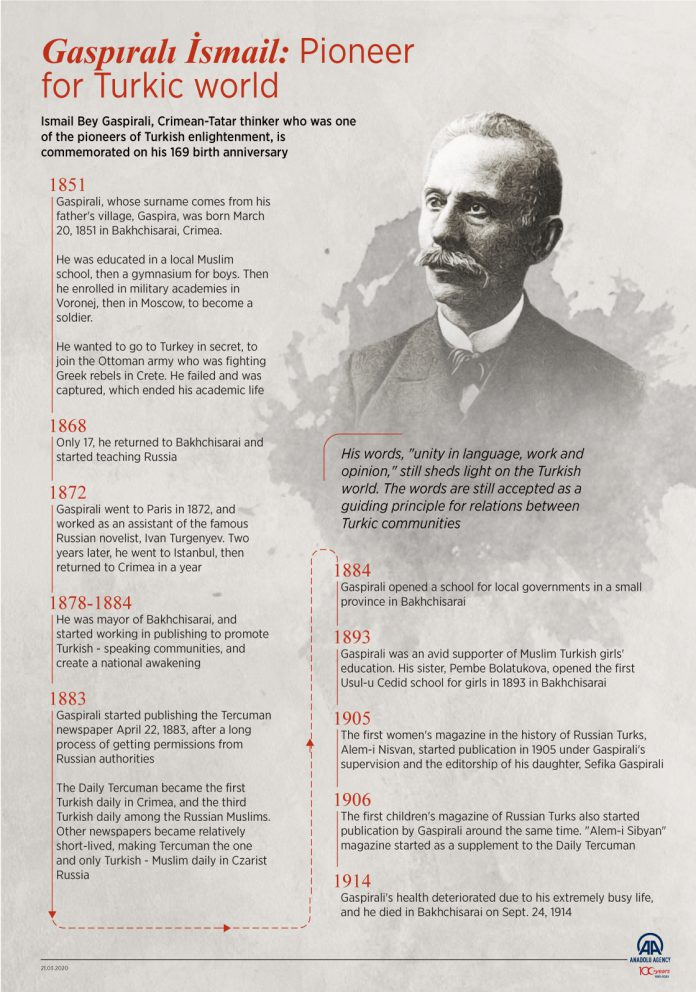 Ismail Bey Gaspirali, Crimean-Tatar thinker who was one of the pioneers of Turkish enlightenment, is commemorated on his 169 birth anniversary.

He was the pioneer of the idea that Turkish communities can be united under “unity in language, work and opinion.” He left a mark on Turkish societal thought, specifically through his work in media and education. He still continues to inspire with his long-lasting ideas.

Gaspirali, whose surname comes from his father’s village, Gaspira, was born March 20, 1851 in Bakhchisarai, Crimea.

He was educated in a local Muslim school, then a gymnasium for boys. Then he

Galatasaray drop Elabdellaoui due to injury