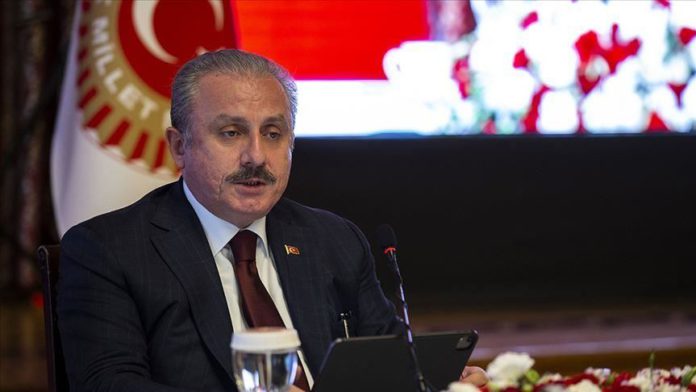 Friday’s big announcement of a natural gas find in the Black Sea was a major step forward for Turkey, according to the nation’s parliament speaker.

“This is a historic day, a turning point for our nation. Turkey will grow at a great pace and take great strides towards prosperity and development when it eliminates energy costs,” said Mustafa Sentop.

Speaking to reporters, Sentop said President Recep Tayyip Erdogan along with Energy and Natural Resources Minister Fatih Donmez, employees of the ministry, and Turkish oil engineers had strived to attain this important result.

Erdogan on Friday announced the discovery of 320 billion cubic meters of natural gas reserves in the Black Sea, near the Turkish coast.

“Energy is currently Turkey’s top import, we have to spend enormous amounts of money on it annually,” Sentop said.

The natural gas discovery confirmed childhood hopes that such reserves were present on Turkish territory, he said.

“This is a huge success,” he added, hailing the determination behind the discovery.

We will continue to work, produce, and struggle for Turkey, he added.