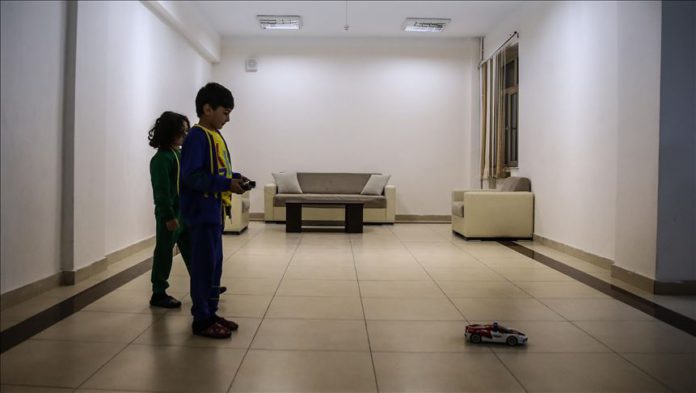 The residents of Ganja are taking shelter at the local state university’s dormitory after Armenian army shelled the residential areas in the city.

In two missile attacks on Ganja, a major Azerbaijani city far from the front line, the Armenian army killed some two dozen civilians, including children, and injured scores more.

Amid the assaults, hundreds of Ganja residents were placed in the dormitory of Azerbaijan Agriculture State University for the past four days.

Speaking to Anadolu Agency, Ibrahim Caferov, the university head, said the dormitory was closed due to the novel coronavirus pandemic and that they began to host the Ganja victims shortly after the Oct. 17 assaults.

“35 families, consisting of 110 people, have been staying [in the dorm] for about four days. We are serving [the victims] three meals a day,” Caferov said.

The university will do its best to continue hosting the victims, he said, adding: “Families can stay here for 2 more months with the current facilities available.”

Leyla Ekberova, mother of two, said she was living with her family of 15 at their house shelled by Armenian missiles in their neighborhood in the Ganja city.

“Our house was severely damaged. […] the officials told us that we should not stay there and that the house could collapse at any moment,” Ekberova told Anadolu Agency.

ANALYSIS – What is happening on the Colombian-Venezuelan border?