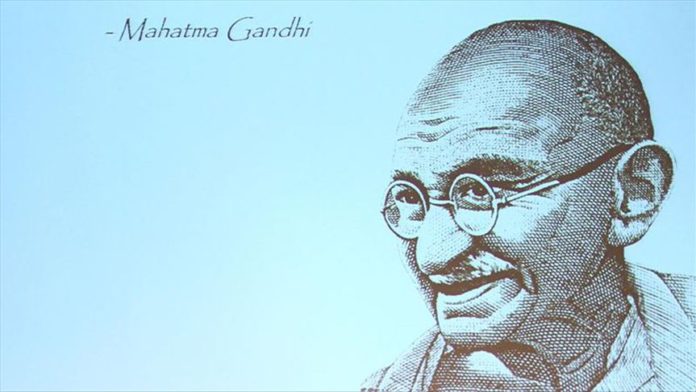 The spectacles were originally expected to sell for between £10,000 and £15,000, but ended up selling for over a quarter of a million pounds.

Andrew Stowe of East Bristol Auctions told Sky News they got the spectacles in a package on July 31, but only opened it after the weekend on Aug. 3.

He recalled: “A colleague of mine picked them up, ripped open the envelope and found a brief note inside saying, ‘These glasses belonged to Gandhi, give me a call.’

“I read the note, carried on with the morning duties, and then around lunchtime I thought, ‘Well let’s give this gentleman a call, let’s see what the story is’.”

When they called the man, he told the auctioneer: “If they’re no good, just throw them away.”

The auction house’s description of the item on its website said: “A pair of early 20th century c1920 gold plated circular rimmed spectacles by repute owned and worn by Mahatma Gandhi. The spectacles of usual form, with sprung gold plated arms and prescription lenses. Jointed by a gold plated nose bar.

“The spectacles formed an important and somewhat iconic part of Gandhi’s overall appearance. It was known that he would often give away his old or unwanted pairs to those in need or those who had helped him. A rare and important pair of spectacles.”

It added that they were given to the owner’s uncle between 1920 and 1930 in South Africa.

“The uncle working for British Petroleum at the time and was stationed in South Africa, and it can be presumed that these were gifted by way of thanks from Gandhi for some good deed,” the description said.