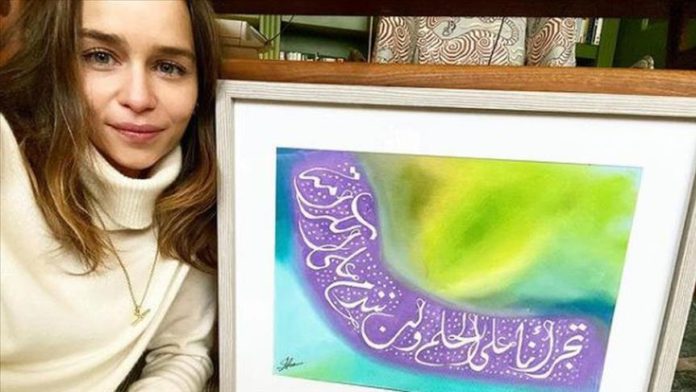 British actress Emilia Clarke from the Game of Thrones series on Tuesday called for support for the Action for Sama campaign, an initiative that aims to stop the bombing of hospitals in Syria by the Bashar al-Assad regime.

“It has been 10 years since the Syrian people took a stand for freedom and dignity,” Clarke wrote on Instagram and said she watched the For Sama documentary by London-based Syrian filmmaker Waad al-Kateab.

“I have seen the film FOR SAMA and I stand with Waad, her family and the millions of Syrians fighting for peace and dignity. Head to actionforsama.com to show your support too. #wedaredtodream #forwaad #❤️,” wrote Clarke, who has more than 27 million followers.

The film tells the story of al-Kateab’s life through five years of the uprising in Aleppo as she falls in love, gets married and gives birth to Sama.

Al-Kateab says on the campaign’s website that her film has engaged millions of people around the world with the true story of civilians and of a peaceful revolution crushed with force.

“I want to spread awareness of the suffering of those living under bombardment and support the heroism of Syrian civil society,” she said.

Syria has been embroiled in a civil war since early 2011 when the Assad regime cracked down on pro-democracy protests with unexpected ferocity.

For the past 10 years, hundreds of thousands of people have been killed and more than 10 million displaced, according to UN officials.