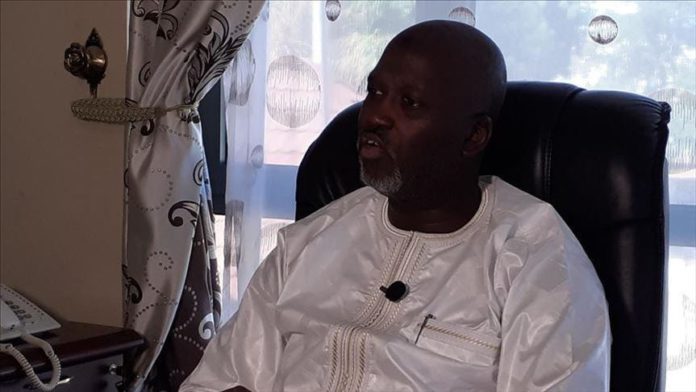 The Gambian justice minister who led efforts to protect human rights in his own country, as well as an international case in defense of the persecuted Rohingya minority in Myanmar, has stepped down from his government post.

Abubakarr Tambadou, who will leave office on June 30, will be replaced by lawyer Dawda Jallow, President Adama Barrow announced Thursday.

At a press conference in Gambia’s capital Banjul on Friday, Tambadou said: “I led efforts to rebuild a hitherto weakened judiciary and I’m glad that we now have a respectable, robust and independent organ of state.”

Tambadou is hailed inside and outside Gambia for advocating rule of law and human rights, as well as for establishing the transitional justice process to deal with human rights violations of former president Yahya Jammeh who ruled the West African country for 22 years.

During his tenure, Tambadou pushed for Jammeh to be held accountable for past crimes. He helped the US arrest one of Jammeh’s alleged henchmen, Michael Sang Correa, and made clear that if Jammeh tried to return to Gambia, he would be arrested on charges of committing atrocities.

Tambadou told journalists that his resignation was for personal reasons, but would not comment on reports that he would be appointed as UN registrar of the International Residual Mechanism for Criminal Tribunals.

“What happened in this country on 1 December 2016 was a revolution by any standards, a political revolution to match any other in world history. We removed a dictator by democratic means, through the ballot box, and peacefully,” said Tambadou, referring to the country’s landmark elections that voted Jammeh out of office.

“Since then, a lot has happened over the past three and a half years. On my part, I have initiated and delivered on the key pillars of our transitional justice process which has now achieved global recognition by experts as being among the best models in the world, particularly for its inclusiveness and originality.”

At ICJ for Rohingya

In January this year, Tambadou led a historic court case of genocide against Myanmar at the International Court of Justice on the country’s Muslim Rohingya. The case was filed by Gambia with the backing of the Organization of Islamic Cooperation.

“What was particularly exceptional, though, was that Tambadou stood up for abuse victims not only in his own country but thousands of miles away in Myanmar. Gambia’s bold decision to take up the cause of the downtrodden Rohingya minority by suing Myanmar for genocide at the International Court of Justice demonstrated the kind of international solidarity we don’t see very often these days,” he said.

According to Amnesty International, more than 750,000 Rohingya refugees, mostly women and children, have fled Myanmar and crossed into neighboring Bangladesh after Myanmar forces launched a crackdown on the community in August 2017.