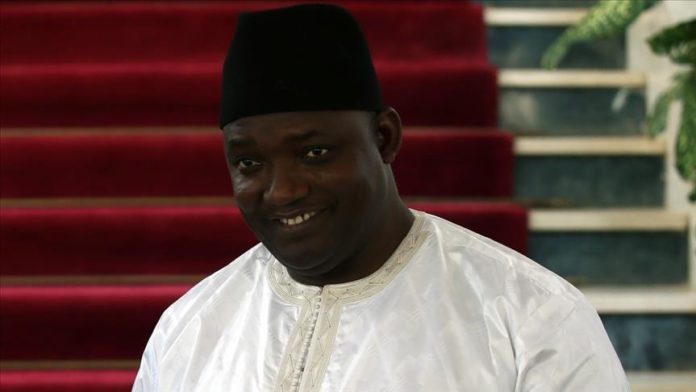 Gambian President Adama Barrow was sworn in Wednesday for a second term before an audience of his West African counterparts, international partners and Gambians.

“Today, we can conclude that my re-election is a vote of confidence in my government for the democratic principles and values we stand for,” Barrow said in his inaugural speech at Independence Stadium in the coastal town of Bakau.

Barrow won the Dec. 4 presidential election with 53% of the vote, far ahead of his rival Ousainou Darboe, who got around 28%. He first took power in 2017 in the West African country formerly ruled by Yahya Jammeh, a controversial president.

Barrow has made a brief positive assessment of his previous term in office despite the global coronavirus pandemic and overall socio-economic situation of the country.

He said he believes that this first success has placed his country in a new development model and framework and shows that there is more to offer.

“Infrastructure, energy and technology must be at the heart of our development efforts,” he said.

Barrow also intends to increase production and self-sufficiency in rice farming, on which the local economy depends heavily.

He expressed the will to make proposals based on the Truth Commission report, which recommends prosecution of his predecessor Jammeh for crimes committed during his term.

The inauguration was also an opportunity for Barrow to call on his more than 2 million fellow citizens “to come together as one people to work for Gambia’s development.”