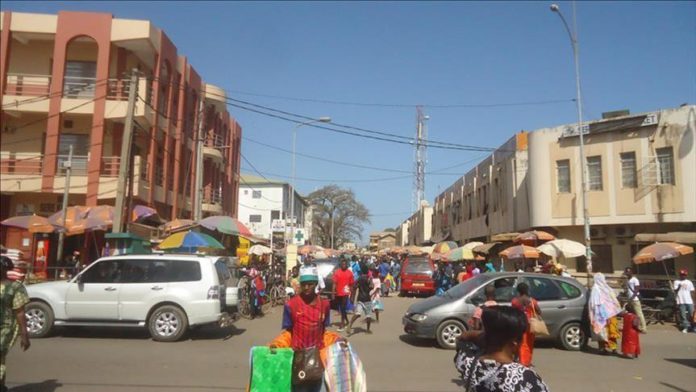 Normally a popular draw for global tourists, these days the beaches, winding rivers, and wildlife sanctuaries in the tiny West African country of Gambia see hardly any visitors.

Just as the country’s tourism industry was recuperating from last year’s collapse of British travel operator Thomas Cook, the COVID-19 outbreak dried up further tourist arrivals, forcing hoteliers, tour operators, guides, and others associated with the trade to look for alternatives to earn a living.

According to figures from the Gambian Tourism Board, the tourism industry has lost $108 million in 2020. Tourism contributes one-fourth of the country’s gross domestic product (GDP).

Bounded by Senegal, with a narrow Atlantic coastline, Gambia is known for its diverse ecosystems around the central Gambia River and abundant wildlife.

Jim Johansen, a Danish national, is strolling alone in the open courtyard near the resort. Just three out of 55 rooms are occupied in the famous resort, dotted with palm trees on the serene beach.

“I have just 6.7% bookings of what I had last year in November. A lot of the hotels haven’t even bothered to open,” said Johansen, who is also acting chair of the Gambia Hotel Association. He said this season has gone and there is no possibility of recouping it.

Famara Mendy, a chef at Reo’s, a popular restaurant along the Senegambia strip, said now he is relying on local customers.

“Even in the off-season [April-September], we used to have a lot of tourists. Now, we’re relying on Gambian customers who had been coming here before and some Europeans who are residents in the Gambia,” he said.

Last fall’s collapse of Thomas Cook, the renowned British tour operator, which used to bring 40% of tourists to Gambia, led to a considerable decline in tourist arrivals in 2019.

Tour operators say that by the new year, they had recovered. But as soon as they had begun celebrating, the outbreak of coronavirus and travel restrictions decimated everything.

A few months ago, Gambian authorities relaxed travel restrictions and opened borders in preparation for the tourist season. But since Europe reimposed lockdowns amid the second wave of the pandemic, their hopes were dashed.

“The impact of the virus continues to be horrendous, given that the tourism and hospitality business such as hotels, restaurants, and tour operators are still not operational due to travel restrictions in our source markets such as the UK, Netherlands, Belgium, and Germany, among others,” said Abubacarr Camara, managing director of the Gambia Tourism Board.

Camara said they are in talks with tour operators and airlines to resume flights when the situation improves. No one knows, though, when that will be.

Tourism is the third-largest contributor to Gambia’s GDP, after the agriculture and services sector. The industry employs more than 110,000 people – 41,000 of whom are directly employed.

The country has lost at least 3 billion Gambian dalasi ($57.9 million) of tax revenue due to the closure of vital businesses and hotels. According to the current projection, next year this decline in revenue will be even larger.

The current budget has a 6.1 billion Gambian dalasi ($117 million) deficit.

According to Johansen, two months ago the government announced a relief package to the hotels to pay their staff’s salaries to their staff but despite this, the hotels had to let most of the staff go due to lack of business.

“I am currently operating with 25% of my normal staff and I am incurring losses,” he said.

Tour operators believe that the fate of the tourist season and industry is now linked to the lifting of travel restrictions in Europe.

“This looks like a lost season because restrictions in our source markets are likely to extend to mid-January 2021 or beyond for countries like the Netherlands and France,” said Camara.