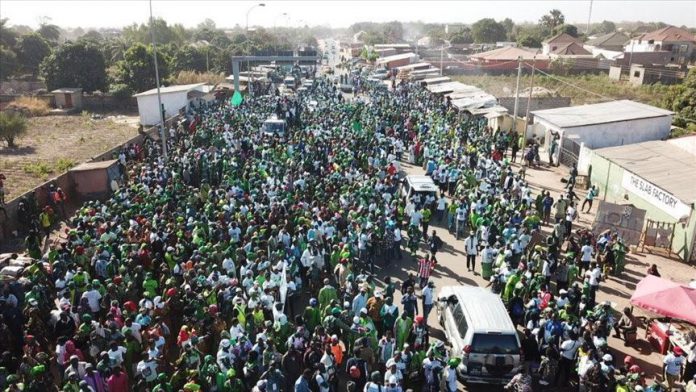 Victims of alleged human rights violations by Gambia’s former president called Monday for a ban on his Alliance for Patriotic Reorientation and Construction Party (APRC).

The press conference held by the Victims Center rights group on Monday, came barely a week after Yahya Jammeh’s party held a protest calling for his safe return. Defeated by Adama Barrow in December 2016, Jammeh lives in exile in Equatorial Guinea.