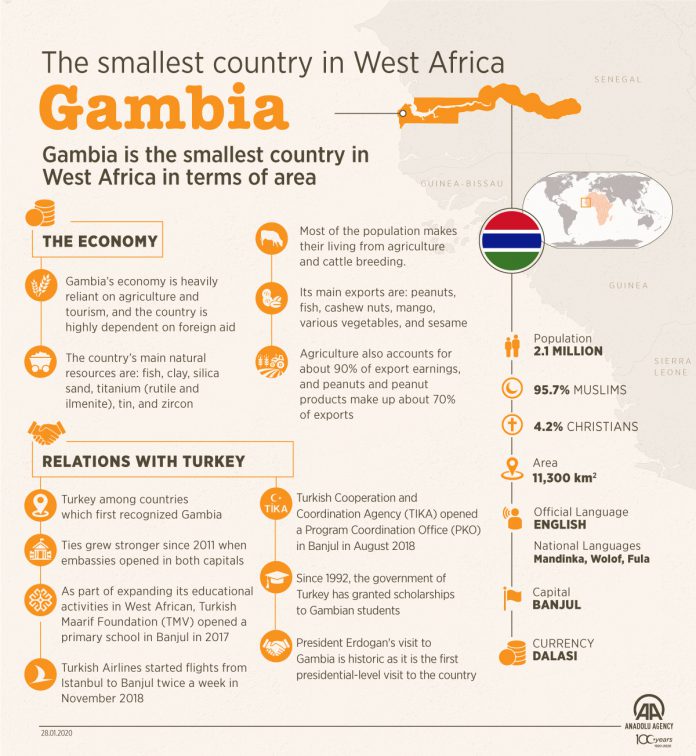 Gambia is the smallest country in West Africa in terms of area.

Turkey was the first country to recognize Gambia when it gained its independence from Britain in 1965 after being colonized for 400 years.

The country has a population of 2.1 million with 95.7 % Muslims, 4.2 % Christians and members of other religious groups.

There are many ethnic groups in Gambia.