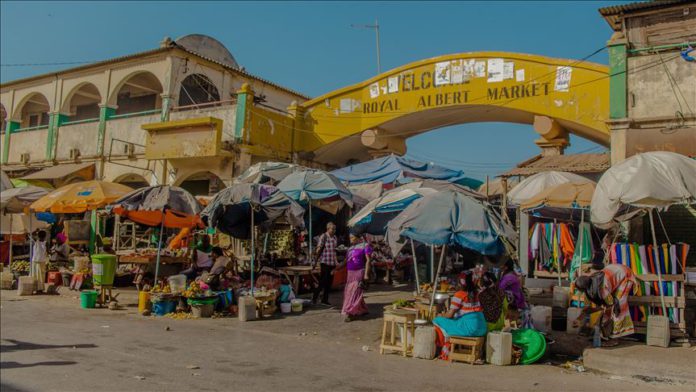 Transition and political reforms received a huge setback in the West African country of Gambia after a draft constitution failed to garner enough support from lawmakers in the parliament last week.

In December 2017, the National Assembly of the Gambia had established a Constitutional Review Commission (CRC) to draft a new statute book to replace the 1997 constitution, which many analysts believed had many undemocratic provisions. This constitution had been drafted three years after a military coup led by Yahya Jammeh, who amid high drama was overthrown, by a seven-party political alliance loosely called Coalition 2016.

But since then Gambian President Adama Barrow has walked out from the coalition that brought him to power and has launched his political party he National People’s Party (NPP).

Observers believe that that the country’s transition that received praise from the international community and counted as one of the successes of post-dictatorial democratic transition is crashing under its own weight. They say, that democracy has become trapped under the complexities of power struggle.

“The status of the transition [to democracy] is akin to that of a patient under intensive care unit [ICU]. In other words, it is on a life support system,” Salieu Taal, president of the Gambia Bar Association, told Anadolu Agency.

As many as 23 out of a total 56 lawmakers voted against the draft constitution on Sept. 22, thus preventing it from proceeding to third reading. The draft needed the support of 75% of lawmakers for approval. After the approval from the parliament, the document was supposed to be referred to the people for a referendum.

While critics say, the brakes have been applied to the constitution making process due to the fragmentation of political coalition, it has dashed hopes of people, who were waiting to register their say in the referendum. Many people also say that President Barrow’s government has been hijacked by aides of the former military ruler and dictator Jammeh.

Observers say the rejection of the draft constitution has been a setback for the country’s transition. “The implication is that the new constitution was supposed to usher the Gambia in a new era and all reforms were anchored in it,” said Sait Matty Jaw, researcher and political commentator.

Jaw is one of the authors of two surveys conducted in 2018 and 2019 by Afrobarometer — a pan-African, research network that measures public attitudes – and the International Republican Institute that found overwhelming support for the draft constitution.

The 1997 constitution was amended by Jammeh at least 50 times, to remove the term limits of the president and change the requirement for electoral victory from an absolute majority to a plurality – to consolidate hold on power. More so, the preamble and the schedule of the 1997 constitution were drafted to make it complicated to prosecute crimes committed during the Jammeh regime.

These amendments have created a special challenge for the country’s Truth Commission probing the rights violations of Jammeh, according to Taal.

The preamble of the 1997 constitution stipulates that the sovereign people of the Gambia, therefore, endorsed the change of government on July 22, 1994. Also, the schedule of this constitution covers soldiers who took over power and people acting on their behalf from 1994-1997 from any prosecution.

“The rejection of the draft constitution will certainly have far-reaching ramifications on the transitional justice mechanism in place, “he said.

On June 26, this indemnity clause came in handy for Yankuba Touray, a former minister, indicted for the murder of former Finance Minister Ousman Koro Ceesay. He refused to testify and claimed immunity when summoned to appear before the country’s Truth Commission.

“I invoke my constitutional immunity. Anything that is against the 1997 constitution cannot stand,” he said.

He got up and returned to the waiting room where he was arrested by the police, who later charged for murder. The case is still under trial as Touray awaits his fate in Mile 2, a colonial prison located in the outskirt of Banjul.

Besides immunity provisions, the 1997 constitution under section 17 of Schedule 2 prohibits the National Assembly from repealing or amending the indemnity clauses.

The Truth Commission will wrap up its hearings in 2021 when it is expected to release its final report. Among things expected to be addressed in the report are recommendations for the prosecution of Jammeh-era crimes.

“So, security sector reforms are now out of and even the continuity of the Truth Commission is uncertain. Most importantly the citizens have lost trust in their government,” said Jaw.

If the National Assembly had approved the draft constitution, it would have got overwhelming support from the public at the referendum in 2021. According to a late-2019 survey by the International Republican Institute (IRI), 87% of Gambians agreed the country needs a new constitution. And 60% rated the work of the constitutional review commission as positive.

Based on these surveys, the rejected draft was the will of the people.

Those who voted against the draft constitution included Jammeh’s Alliance for Patriotic Reorientation and Construction party, eight lawmakers expelled from the UDP, and considered allies of the ruling party and National Reconciliation Party, also a key ally of President Barrow’s National Peoples’ Party (NPP).

While Barrow or his government has not opposed the draft publicly, but the way the allies worked to defeat the draft on the floor of parliament looks a tacit approval. Those who criticize the draft, say that it was discriminatory, as it limits the president’s tenure to two terms.

“The draft was defeated on a very myopic process,” said Mai Fatty, leader of Gambia Moral Congress, one of the parties of the alliance sewed up in 2016 that backed President Barrow.

Opposition parties including UDP blamed Barrow for the rejection of the draft constitution.

“We invested in it [the draft constitution]. Even though constitutions are not meant to address everybody’s concerns, I believe that it was a progressive document,” said Sillah.

When he assumed office, President Barrow’s primary agenda was to introduce reforms. President Barrow sold the idea to donors in May 2018. Fatty said the draft constitution had gone through the most “intense consultative process ever in the history of this country”.

The document also introduced several firsts in the history of the constitutional building, like limited president tenure to two-term limits, quotas for females in politics, and significant check on executive power by parliament. More importantly, it introduced a clause protecting whistleblowers.

The draft constitution caters to all the progressive things one would want in a transformative democracy like ours,” said Lamin Jahateh, the program manager at the Gambia Press Union.

“Therefore, throwing away such a constitution is throwing back the media to the dark days of dictatorship where the media was at the mercy of the state, “he said.

Jammeh may have been exiled to Equatorial Guinea following his shocking election defeat in 2017, his biggest legacy continues to live in the Gambia. And for Taal, as for most political observers in the Gambia, bringing back the draft constitution is a key requisite to putting the country’s transition to democracy back on track.

“In a nutshell, the rejection of the draft has denied the Gambians the opportunity to take their destiny in their own hands and condemned us to live with the same constitution which was the instrument that converged sovereign power to one individual to the detriment and suffering of the majority of the population,” said Taal.

He said there cannot be any sincere talk about a transition, if the country continues to be governed by the 1997 constitution, adding that it means that the country will be governed by the same system, that people rejected by overwhelmingly by voting the current government in power, expecting it to change the system.