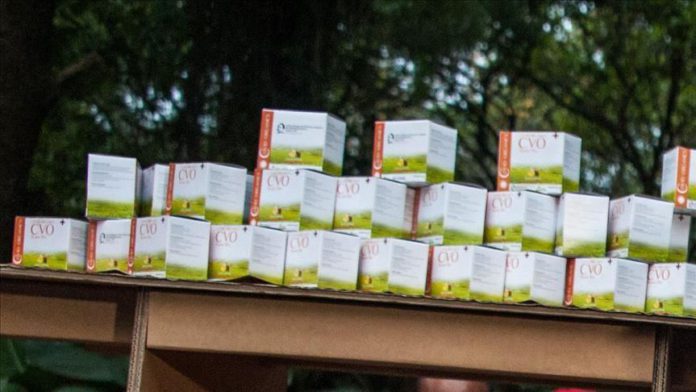 Gambia has received a consignment of Madagascar’s Covid-Organics (CVO), a herbal tonic touted as a cure for COVID-19, authorities said on Tuesday.

The consignment was sent by Madagascar’s President Andry Rajoelina, according to the State House of the Gambia.

“The consignment is part of a gift to ECOWAS [Economic Community of West African States] countries towards the fight against COVID-19. They have been delivered to the Ministry of Health,” read a statement from the Gambian presidency.

Gambia has reported 22 COVID-19 cases so far, with one death and 10 recoveries, and has tested a little over 1,000 people, according to the Health Ministry.

Madagascar’s President Rajoelina, who launched the tonic last month, has said it is “a preventive and curative remedy against COVID-19” and attributed the recovery of 105 people in his country.

The World Health Organization (WHO), however, warned against using untested remedies such as CVO without medical supervision.

Last week, it called for clinical trials of the herbal drink.

President Rajoelina criticized the WHO’s stance against CVO, saying it was opposing the remedy because it came from a poor African country.

“If it were a European country that discovered this remedy, would there be so many doubts?” he said in a recent interview with French broadcasters France 24 and Radio France International.

US: Hundreds gather to back Turkish soldiers in Idlib