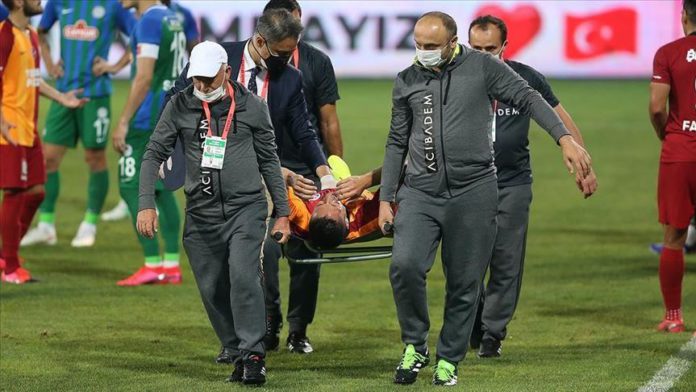 Galatasaray’s Romanian forward Florin Andone said on Tuesday he is out for season after his latest knee injury.

“The season is over for me, a very difficult one due to the two injuries I have suffered,” Andone, 27, said on Instagram to say goodbye to Galatasaray fans.

Loaned from English club Brighton for a season, Andone said he was “frustrated for not meeting the goals” but the injuries that he faced this season didn’t let him play football for the Turkish club.

The Romanian international said that it was a “privilege” to wear Galatasaray shirt and thanked the club fans for their support, naming them “one of the best in the world”.

The Istanbul club said in a statement on Monday that following the MR scans, Andone suffered from ligament rupture in his right knee.

It added that there were medial collateral ligament (MCL) and anterior cruciate ligament (ACL) tears as the injury was caused by a stretch over impact.

In November, Andone faced another MCL injury, which kept him out until January 2020.

Coronavirus could kill 'millions' in Iran