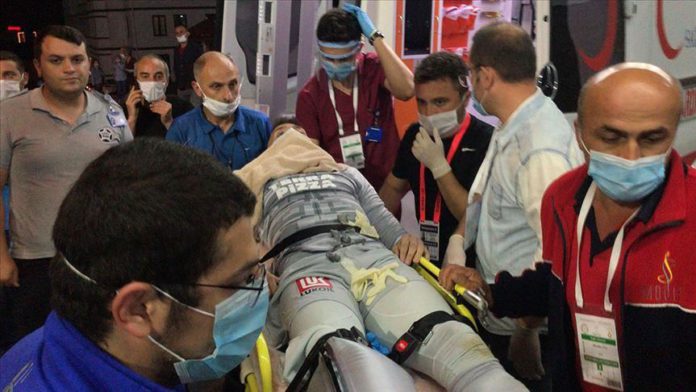 Galatasaray said in a statement that Muslera will have a medical operation on Tuesday morning as the preliminary preparation for his surgery was done.

It added that Muslera, 34, was diagnosed with tibia and fibula fractures.

Team captain Muslera sustained the major injury when he collided with Caykur Rizespor’s Czech forward Milan Skoda in the first half.

The Uruguayan was taken to hospital immediately as Galatasaray lost the match 2-0.

“Forza [Come on] @ 1_Muslera_25, we want you back on the field soon!,” his former team in Italy, Lazio said to voice their support for him.

Muslera, who is one of the integral parts of Galatasaray and fans’ favorite, joined the Istanbul club in 2011 summer.

He had 361 appearances for his club.

Lake in Turkey may yield answers on life on Mars