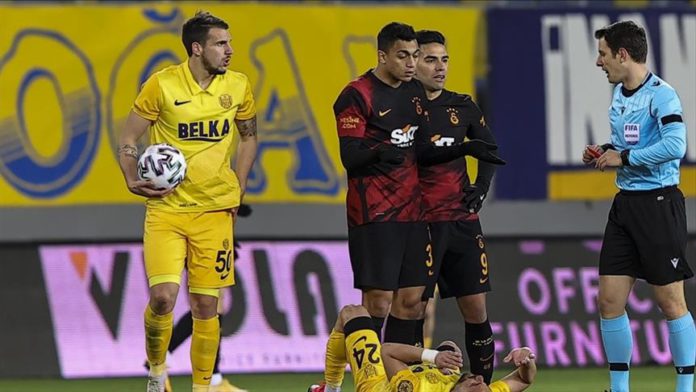 Galatasaray striker Mostafa Mohamed was handed a one-match ban on Friday after picking up a red card in this week’s game against MKE Ankaragucu.

The Egyptian was sent off in the second half of the league leaders’ shock 2-1 loss on Wednesday for elbowing Ankaragucu midfielder Ibrahim Akdag.

The 23-year-old will have to sit out one match and pay a fine of 13,000 liras ($1,725) for unsportsmanlike behavior, the Turkish Football Federation (TFF) said in a statement.

Galatasaray’s appeal against the ban was rejected by the disciplinary committee, according to the TFF.

Passenger plane with 17 on board goes missing in Russia