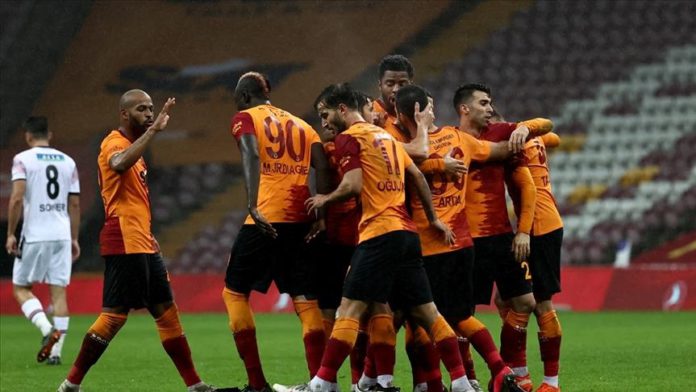 Home team of the match scored a very early opener as Senegalese forward Mbaye Diagne netted in the 27th second.

In the minute 64, Galatasaray made it 5-0 as Turkish forward Ogulcan Caglayan did not miss a one-on-one chance against Genclerbirligi goalkeeper Ubeyd Adiyaman.

Galatasaray were awarded a penalty in the 66th minute as Kerem Akturkoglu was fouled in the area by Adiyaman. Dutch forward Ryan Babel converted it successfully as Galatasaray secured the large win.

It’s not the first time that the Lions earned a 6-0 win against Genclerbirligi as Galatasaray did the same to the Ankara club on April 9, 2000.

With Saturday’s victory, Galatasaray boosted their morale before next weekend’s derby against city rivals Besiktas.

Galatasaray will visit Besiktas at Vodafone Park on Sunday, Jan. 17.

So Galatasaray have 33 points in 17 matches to move to the second spot in the Super Lig, which is currently led by Besiktas. They have 34 points in 16 weeks.

The losing team of Saturday, Genclerbirligi currently have 19 points to be in the 17th spot. They are very close to the Super Lig’s relegation zone.