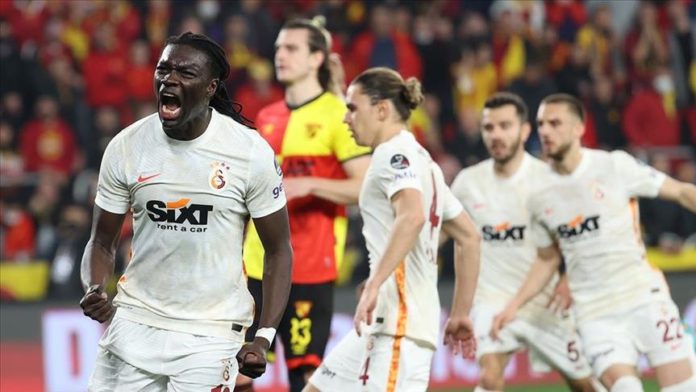 The Yellow and Reds started the football game fast as Victor Nelsson scored an early goal in the third minute at Izmir’s Goztepe Gursel Aksel Stadium.

Just before the end of the first half, Cherif Ndiaye equalized the score with a penalty goal in the 46th minute.

Gomis scored from another spot kick, just before the end of the game, in the 99th minute and the game ended 3-2.

The victory marked the Lions’ first Super Lig win in 2022 and their first in six winless Super Lig games.

This game also saw the return to play of Galatasaray’s Norwegian fullback, Omar Elabdellaoui, after 423 days off the field.

Elabdellaoui was severely injured by a fireworks explosion during 2021 New Year’s celebrations.

Galatasaray is now in 13th place in the Super Lig standings with 32 points, while Goztepe is 16th with 27 points.

US announces $100M in additional military assistance for Ukraine