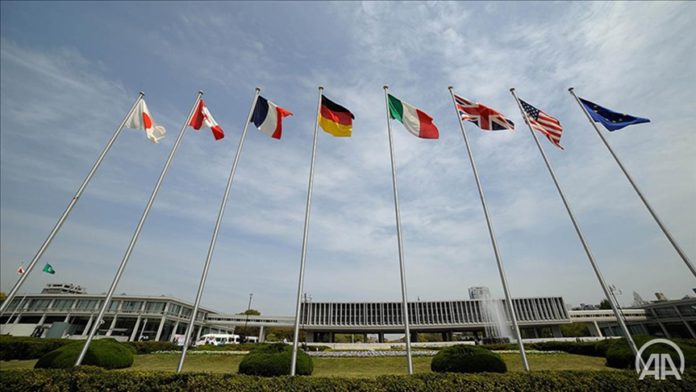 The ambassadors of the G7 group called on Tunisian President Kais Saied on Monday to facilitate the country’s swift return to constitutional order.

“We urge a swift return to a constitutional order, in which an elected parliament plays a significant role,” the envoys said in a joint statement.

“We underline the urgent need to appoint a new head of government to form a capable government able to address the immediate economic and health crises facing Tunisia,” they added.

The G7 countries underlined the importance of the move in creating space “for an inclusive dialogue about proposed constitutional and electoral reforms.”

“As this process takes shape, we call for continued public commitment to and respect for all Tunisians’ civil, political, social and economic rights, and to the rule of law,” the statement said, stressing that their relations with Tunisia are centered on the “shared democratic values.”

On July 25, Saied ousted the government, suspended parliament, and assumed executive authority. While he insists that his exceptional measures are meant to “save” the country, his critics accuse him of orchestrating a coup.

Tunisia has been seen as the only country that succeeded in carrying out a democratic transition among Arab countries which witnessed popular revolutions toppling ruling regimes, including Egypt, Libya, and Yemen.