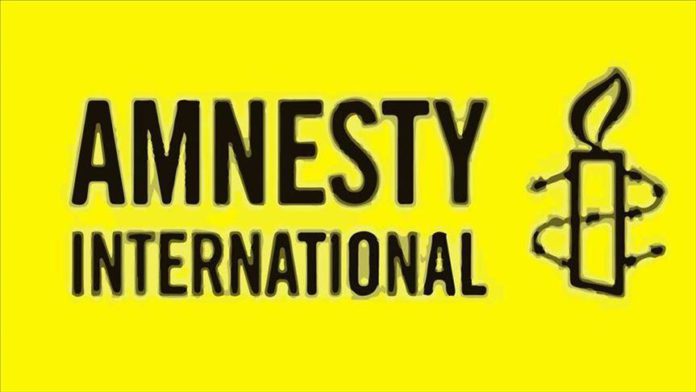 Amnesty International on Thursday urged the leaders of G20 countries to demand the immediate release of five jailed women’s rights activists in an upcoming virtual summit to be hosted by Saudi Arabia.

“G20 leaders attending this weekend’s virtual summit hosted by Saudi Arabia must take the Saudi authorities to task for their shameless hypocrisy on women’s rights,” Amnesty International said on Thursday.

The rights group is “urging G20 leaders to join the call for the immediate and unconditional release of Loujain al-Hathloul, Nassima al-Sada, Samar Badawi, Nouf Abdulaziz, and Maya’a al-Zahrani, who were arrested in 2018 for their human rights work,” the statement said.

“For Saudi authorities the G20 Summit is critical: it is a moment for them to promote their reform agenda to the world, and show their country is open for business. Meanwhile, Saudi Arabia’s real reformers are behind bars,” said Lynn Maalouf, Amnesty International’s deputy regional director for the Middle East and North Africa.

“Instead of playing along with the Saudi government’s whitewashed narrative, G20 leaders should use this summit as an opportunity to stand up for the brave activists whose genuine commitment to women’s empowerment has cost them their freedom.”

“In June 2018 the ban on women driving was officially lifted, a much-publicized move which was presented as evidence of progress. Yet in the preceding weeks, many of Saudi Arabia’s most prominent advocates for women’s right to drive had been arrested and detained.”

Maalouf added that all five women remain in detention, with some having been subject to torture, ill-treatment, and solitary confinement.

“This weekend Saudi authorities will talk up the reforms championed by imprisoned activists to garner business opportunities and political acclaim,” Maalouf added.

“We are urging G20 leaders to speak up against this shameless hypocrisy. The activists who continue to fight for human rights in Saudi Arabia are the true voices for reform, and they should be listened to, not locked up.”