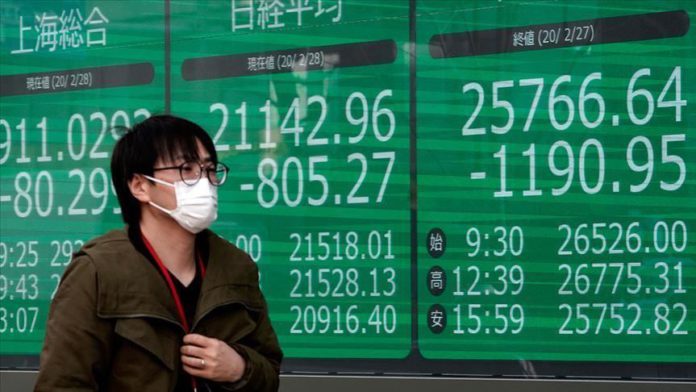 G20 international merchandise trade weakened in the first quarter of 2020 due to coronavirus containment measures imposed by many governments, the Organization for Economic Cooperation and Development (OECD) announced Thursday.

The figure hit the lowest level since the second quarter of 2017 as exports reached $3.45 trillion in January-March, dropping 4.3% from the last quarter of 2019, while imports slipped 3.9% to $3.47 trillion, the OECD data showed.

Its impact on trade across G20 economies varied widely in January-March due to differences in the spreading rate of COVID-19, in containment strategies, and in the extent of their exposure to other countries affected by the lockdowns.

German trade fared slightly better than other G20 European Union economies, with exports and imports falling only 3.5% and 2.4% respectively.

The OECD added that early indications for April pointed to sharper falls in the second quarter.

October 20, 2020
We use cookies to ensure that we give you the best experience on our website. If you continue to use this site we will assume that you are happy with it.Ok