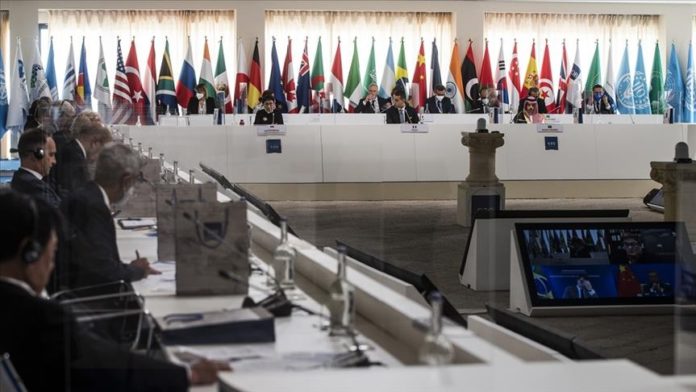 The foreign ministers of G20 countries voiced deep concern over food insecurity in the world, according to a declaration released after a meeting in Italy on Tuesday.

“We express deep concern for the state of food insecurity across the world,” said the G20 declaration after a meeting between foreign affairs and development ministers, UN agencies and other partners in Italy’s southern town of Matera.

The parties adopted the declaration on food security, nutrition and food systems, along with a call to action amid the COVID-19 pandemic, saying they convened “to contribute to strengthening international efforts to contain the effects of the pandemic on lives and livelihoods and to build forward better.”

It highlighted that the number of people affected by hunger globally has been increasing since 2014, and that the world was not on track to end malnutrition, which is among the 2030 aims of the UN’s Sustainable Development Goals.

“With current trends, the number of people affected by hunger would exceed 840 million by 2030,” the statement read.

It noted that poverty alleviation, food security, and sustainable food systems are key to ending hunger, as well as encouraging social cohesion and community development.

They are also essential to reduce socio-economic inequalities both between and within countries, to develop human capital, to advance gender equality and empower young people, and to promote overall inclusive economic growth and sustainable development, it added.

Among its advice to countries, the declaration urged effective action to empower women and young people in both rural and urban settings, while also enhancing social-protection measures and programs.

“Accelerating the adaptation of agriculture and food systems to climate change,” and “promoting a science-based holistic One Health approach,” was also advised in the document.

“We commit to strengthen our collective efforts to implement this call to a global mobilization,” the declaration added.

The G20 is the international forum that brings together the world’s major economies. Its members account for more than 80% of world GDP, 75% of global trade and 60% of the world’s population.