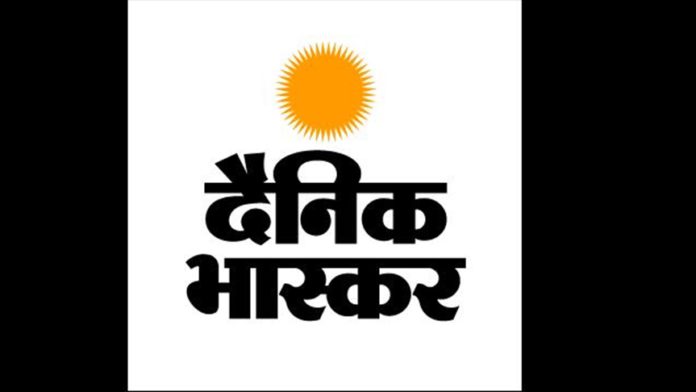 A top Hindi newspaper was raided Thursday by tax authorities in an action described by opposition leaders as an attack on the media for exposing the handling of the coronavirus pandemic by the government.

The Dainik Bhaskar Group has 60 editions in different Indian states with a combined circulation of around 4.5 million.

“Mobiles of the employees present in the offices have been confiscated and they are not being allowed to leave the office,” according to employees.

The Press Club of India said it deplores such acts of intimidation by the government through enforcement agencies to deter independent media from discharging their duty to serve society.

Dainik Bhaskar said on its website that the government is scared of honest journalism and it reported correct figures of deaths due to the virus.

The newspaper wrote about dead coronavirus victims floating in the Ganga River in the state of Uttar Pradesh.

In an ongoing monsoon session of parliament, the issue of the government raid was raised by the opposition.

Opposition members protested the raids on Bhaskar Group in the Rajya Sabha, or the upper house of parliament.

Chief Minister of West Bengal Mamata Banerjee condemned the raids and said on Twitter: “It’s a grave violation that undermines the very principles of democracy. Urging everyone in the Media to stay strong. Together we shall never let the autocratic forces succeed!”

“The attack on journalists and media houses is yet another brutal attempt to stifle democracy.”

Number of COVID-19 cases in South Africa climbs to 274