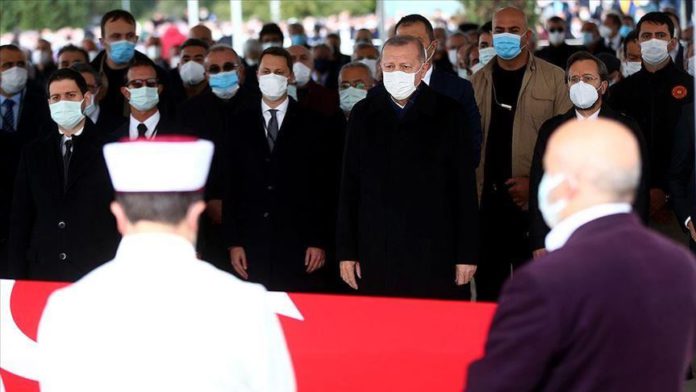 A funeral ceremony was held on Sunday for Turkey’s former prime minister Ahmet Mesut Yilmaz, who died at the age of 73 in a hospital where he was treated.

The funeral was held on Sunday at noon (0900GMT), and he was laid to rest after prayers at the mosque.

Yilmaz had suffered from lung cancer in recent years and undergone brain surgery in May.

A former chairman of the center-right Anavatan (Motherland) Party, he served three times as the prime minister between 1991 and 1999, holding it for a period of two years in total, and also served in the Cabinet posts such as foreign minister.